After three consecutive bullish sessions, the market went down in red due to political uncertainty. Bears made a return in the market today over the political crisis. At the end the benchmark index closed with -571.99 or + -1.32% to close at 42775.04 points. 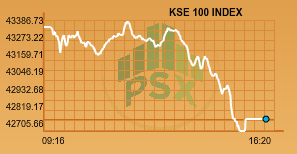 The market opened negative over the political crisis. The Natio­nal Accountability Bureau (NAB) on Wednesday seized the bank accounts and properties of Finance Minister Ishaq Dar as an accountability court initiated proceedings against him in a corruption reference.

After 2 pm the market went down to – 620 points over the news of the report of Model Town Case. The Lahore High Court (LHC) on Thursday decided on a petition seeking disclosure of a judicial inquiry report prepared by Justice Ali Baqar Najafi following an investigation into the Model Town killings, ordering the provincial authorities to release the report for the public.

The company’s Sales for the period increased by 1.75 percent in the outgoing year, whereas the Profit after Taxation for the Period decreased by 15 percent.

The decline in PAT is mainly due to increase in rubber prices by ~44% YoY (contribute 60%-65% in total raw material cost). However, the company passed on the high raw material cost to consumers in order to maintain margins.

Trading volumes of All share index plunged down to 165 million shares which were lower than yesterday’s closing Overall, stocks of 380 companies were traded on the exchange, of which 94 gained in value, 253 declined and 33 remained unchanged. In KSE 100, volumes went down as 82 million shares were traded with a net worth of Rs 6.7 billion. 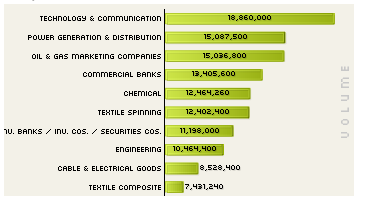 Asian shares were mostly lower while the dollar strengthened Thursday after the Fed said it would start trimming its bond holdings and planned one more interest rate increase this year.