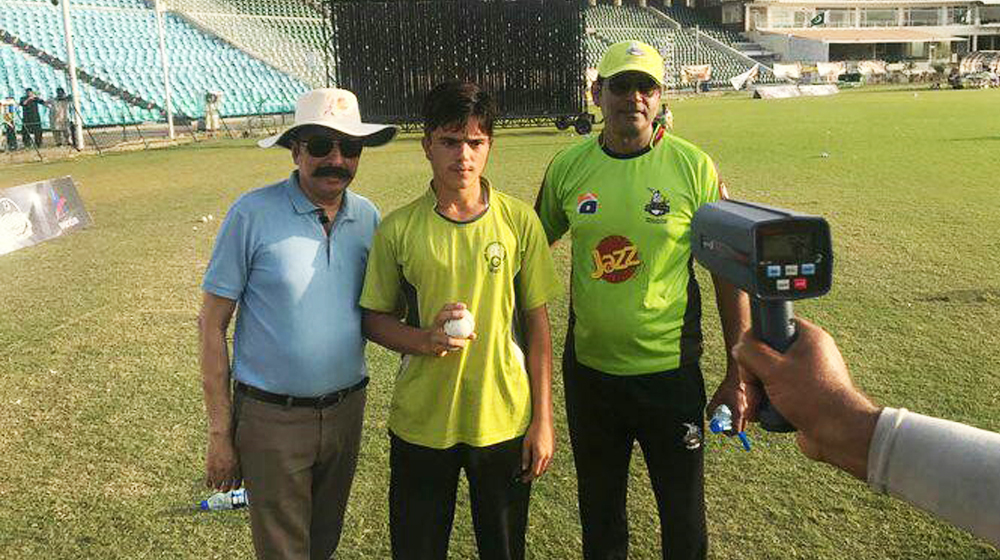 Be it a wrong-footed bowlers such as Sohail Tanveer or a 7 feet tall giant in the shape of Mohammad Irfan, Pakistan has always found unique fast bowlers from various parts of the country.

With the help of Jazz Rising Stars Program and PSL franchise Lahore Qalandars, new talent is constantly being unearthed.

It seems as though Jazz Rising Stars Program is bearing fruits. Last year, Yasir Jan, an ambidextrous fast bowler attracted huge attention, after the trials in Jazz Rising Stars Season 1, and this year, it is Kabir Ahmed.

You might not think there’s anything special about someone who consistently bowls at 80mph but you might change your opinion once you realize that Kabir is only 14 years of age!

Shocked and influenced by his speed, line and length, Lahore Qalandars management immediately approached Kabir and offered him a long-term contract. Jazz Rising Stars program has changed the life of yet another cricketer and brought him into the limelight.

Lahore Qalandars’ owner was also present at the spot to congratulate Kabir and appreciate every person who turned up for the event to witness and participate. He said:

I want to appreciate the coaching staff who have been working for the past two weeks and have been to six different spots to pick talent.

Certainly, we have some players who can represent Pakistan in future, may be in couple of years we will develop the raw talent into performers who can serve the country, this is our duty.

We hope that Kabir flourishes under Aaqib Javaid, who was a lethal bowler himself back in his day, and make the nation proud.