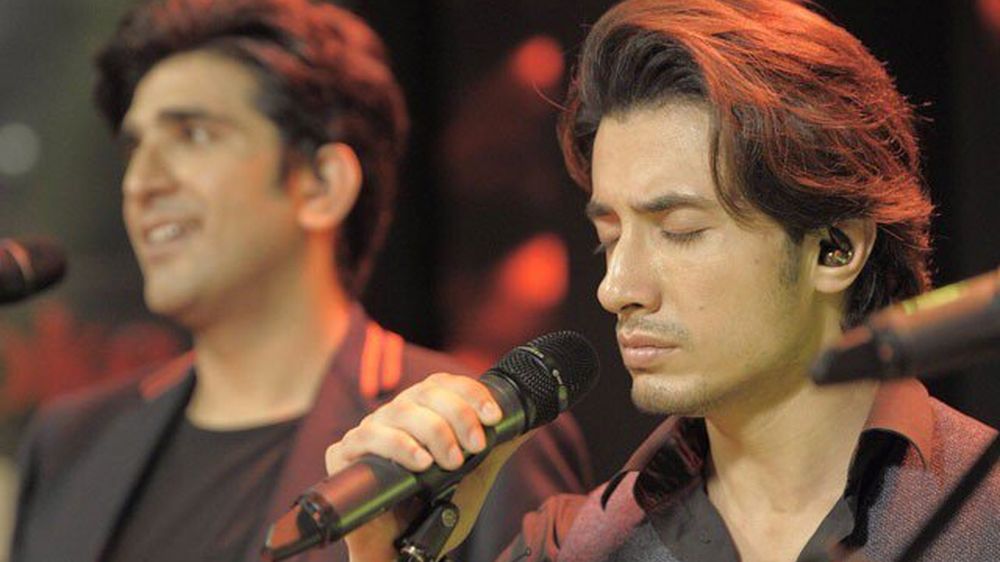 Coke Studio’s 10th season paid tributes to 7 icons of our music industry. These are icons that are no longer with us and contributed to the musical landscape with their talent and skills.

Where the previous episodes have paid tributes to the likes of Madam Noor Jehan, Mehdi Hasan and Nusrat Fateh Ali Khan, the music show’s 7th and last episode for this season pays tribute to Pakistan’s biggest popstar from the 90s, Junaid Jamshed.

Paying homage to the celebrated star, Coke Studio’s rendition of ‘Us Rah Par’, is composed by Jaffer Zaidi, who admitted:

For me this tribute is not about Junaid bhai’s music, it’s about Junaid Jamshed as a person and an individual, because the service he did to people in so many different areas of life. He’s made a big contribution to humanity. I feel honored that I’ve been given a chance to be a part of this.

Junaid Jamshed sang songs that will always be reminiscent of our childhood. He shot to fame when his band, Vital Signs, recorded and released Dil Dil Pakistan in 1987. It became the unofficial national anthem for Pakistanis and is listed as the third most popular song by BBC.

During his 17 year musical career, Junaid Jamshed gave us many soulful, mellow ballads and patriotic hits and hordes of youngsters picked up their first guitar or a mic in their hands because of Junaid and Vital Signs.

A ballad from his solo album in 1999, ‘Us Rah Par’ was penned by Shoaib Mansoor, and maybe represented the transformational phase of this complex, layered and loved icon of Pakistan. Either way the beautiful lyrics are an appeal to not walk down the worn-out roads, deciding instead to choose your own, unique path.

Junaid Jamshed, who quit his musical career and embarked on the spiritual journey of preaching religion, had said “I cherish my time with the Vital Signs. Shoaib [Mansoor’s] poetry and my voice touched people’s hearts. There are many better musicians than me out there, but somehow, I have a voice that people connect to.” It did indeed!

Junaid Jamshed’s voice and songs will resonate for a long time in our memories.