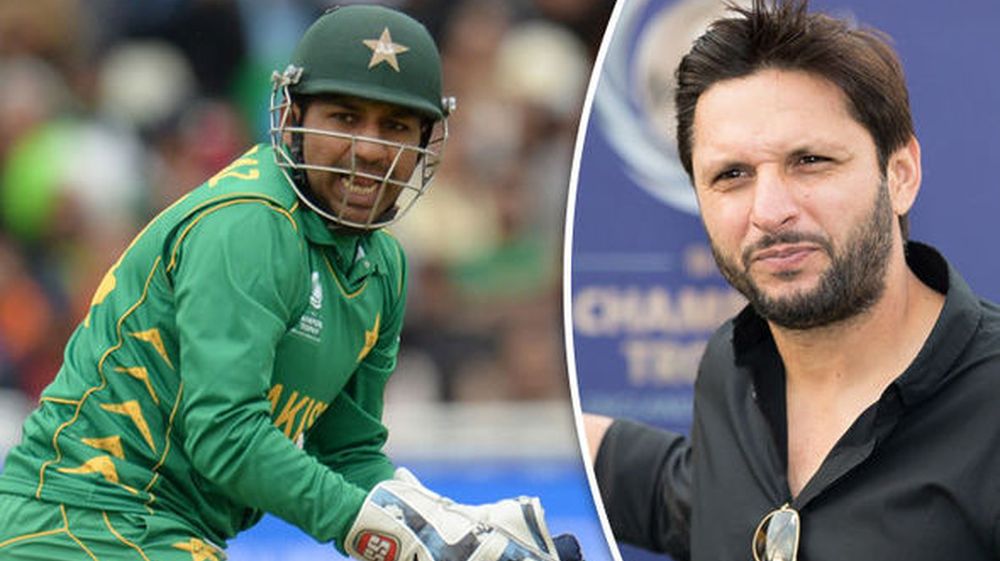 The International Cricket Council (ICC) is all set to introduce fixed playing conditions for the game. This will help improve the balance between bat and ball, making cricket more exciting as a whole. These changes to its playing conditions which will be effective in all series starting 28 September or later.

The significant changes include restriction on dimensions of the bat, the introduction of player send-offs for misconduct and changes to the Decision Review System, effective from 28 September 2017.

All of these will commence from the two upcoming Test series – when South Africa hosts Bangladesh and the one between Pakistan and Sri Lanka in the United Arab Emirates.

The ICC playing conditions will now incorporate the relevant clauses from the MCC Laws of Cricket (2017 Code), meaning that all the playing regulations will be captured in one document for each format. 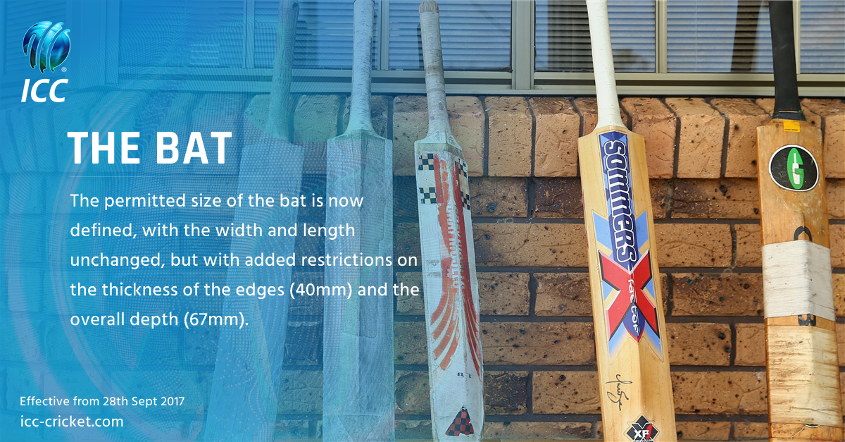 To maintain the balance between bat and ball, the playing conditions now restrict the size of the edges of the bats as well as their thickness. The restriction on the length and width of bats remain unchanged but the thickness of the edges can’t be more than 40mm and the overall depth can be 67 mm at the most. Umpires will be issued with a new bat gauge, which they can use to check a bat’s legality.

In a new playing condition pertaining to players’ conduct, a player can now be sent off the field for the rest of the match for any serious misconduct, meaning it will apply to Level 4 offences while the Level 1 to 3 offences will continue to be dealt with under the ICC Code of Conduct.

Threatening to assault an umpire, making inappropriate and deliberate physical contact with an umpire, physically assaulting a player or any other person and committing any other act of violence all constitute Level 4 offences. This can be equated to the Red Card in some other sports. 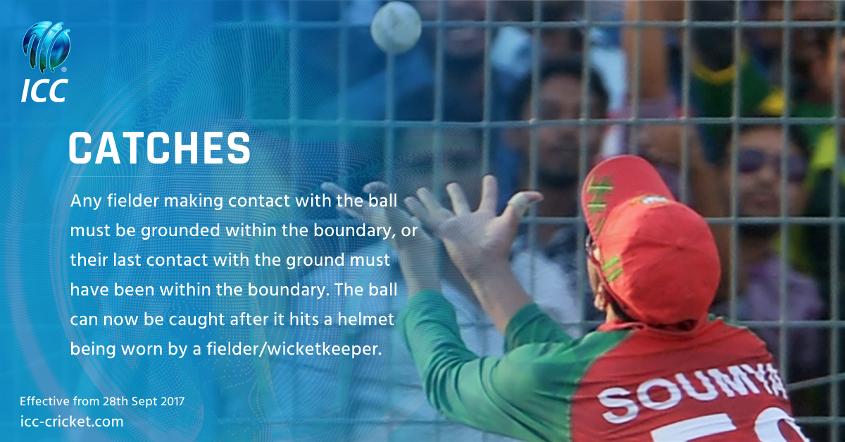 Also, a batsman can now be out caught, stumped or run out even if the ball bounces off the helmet worn by a fielder or wicket-keeper.

The above changes will be applicable across all formats, as will be a change in the DRS rules by which a review will now not be lost in case of a decision that remains unchanged, solely as the result of an ‘umpire’s call’.

As for DRS in Test matches, there will be no more top-up reviews after 80 overs of an innings, meaning that there can only be two unsuccessful reviews in each innings, while the DRS will now also be allowed to be used in T20Is.

An important change with respect to run outs is that if a batsman is running or diving towards the crease with forward momentum, and has grounded his/her bat behind the popping crease but subsequently has lost contact with the ground at the time of the wickets being put down, the batsman will not be run out. The same interpretation will also apply for a batsman trying to regain his/her ground to avoid being stumped. 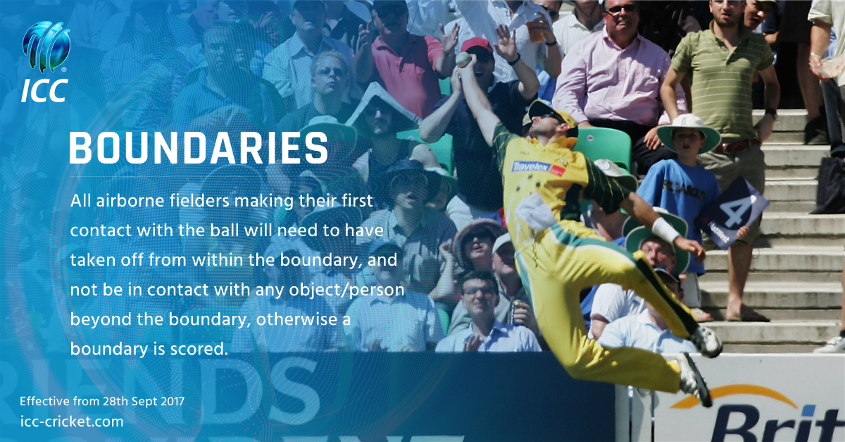 For boundary catches, airborne fielders making their first contact with the ball will need to have taken off from within the boundary, otherwise a boundary will be scored.