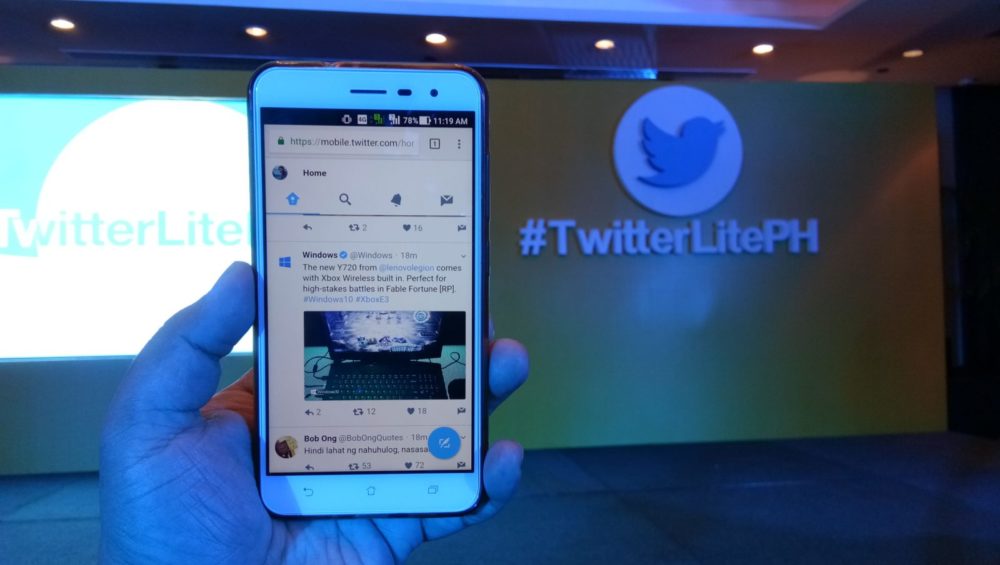 Following (or trailing) in Facebook and others’ footsteps, Twitter is testing a Lite version of its own main app on smartphones.

The trial is currently limited to Philippines and the company doesn’t guarantee whether it’ll even be released in other markets.

“The Philippines market has slow mobile networks and expensive data plans, while mobile devices with limited storage are still very popular there. Twitter Lite helps to overcome these barriers to usage for Twitter in the Philippines.” — Twitter

The Lite app’s trial follows that of the Lite mobile web version of Twitter, which was launched earlier this year. It used Progressive Web App tech from Google, and could load 30% faster using 70% less data.

In that, the app follows the web version, offering exactly similar fast loading and conservative data figures. It is also less than 1 MB in size, which is ideal for low storage smartphones that are popular in third world countries.

Both 2G and 3G connectivity is supported. The app is available in both English and Filipino language.

It supports Android devices running on 5.0 Lollipop or later, with iOS support being entirely locked out for obvious reasons.

The app could be the next logical step for Twitter, especially when recently the social media platform has struggled to gain new users at the same pace as the rest of its competitors.

As a result, it won’t be a surprise to see the version make its way to app stores in a more conventional manner.

As mentioned earlier, the app is only available in the Philippines’ Google Play Store, though there might still be unofficial ways of gaining access to it.

For those of you who still need their daily dose of tweets conventionally, the PWA version still supports features such as push notifications, homescreen shortcuts, and more, though, without some of the mainstream app’s usability.