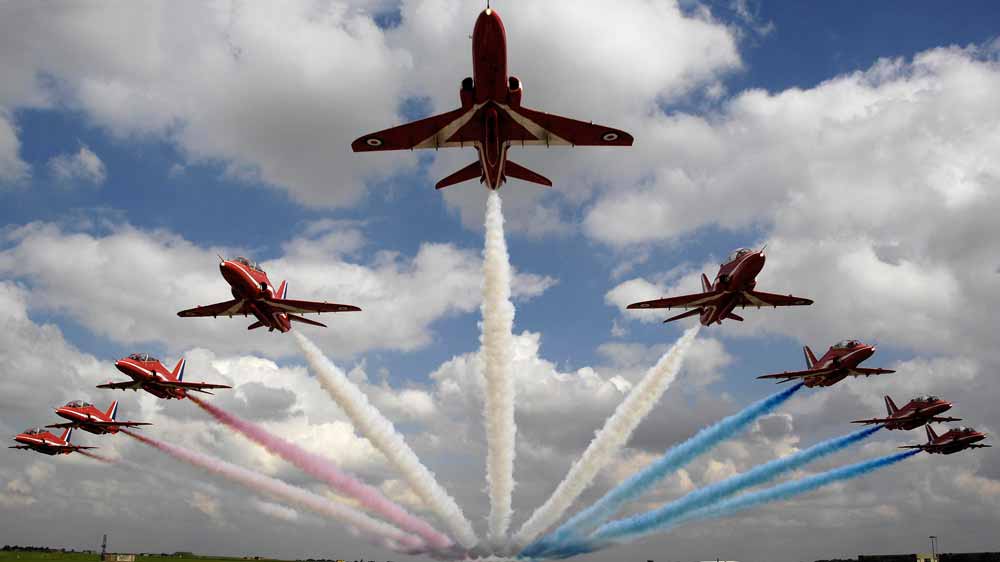 Pakistan Air Force (PAF) has announced another exciting event for the people of Karachi.

The Royal Air Force (RAF) Red Arrows aerobatics team is coming to Karachi. PAF and the RAF will hold an air show for the people of Karachi, with the JF-17 Thunder fighter jets at Sea View. The UK Air Force will showcase British-made Hawk aircrafts during the event as well.

According to a spokesperson of PAF,

This is the first time in the history of Pakistan that the Red Arrows aerobatics team of Royal Air Force will present a mesmerizing air show at Karachi’s coast.
On Thursday evening, people can enjoy air aerobatics at Sea View.

Besides Red Arrows, JF-17 Thunder fighter jets will also participate in breathtaking maneuvers during the show.

PAF has also released an introductory video for this show.

Khayaban-e-ittehad will be closed upto the Salt & Pepper restaurant. It will be open to the general public who are proceeding towards the Clifton beach.

Guests are advised to take a left turn at Khayaban-e-Ittehad and make a U-turn opposite to Khayaban-e- Iqbal. For further instructions, they can follow the traffic police’s guidance.

You can also consult this map for easier directions: 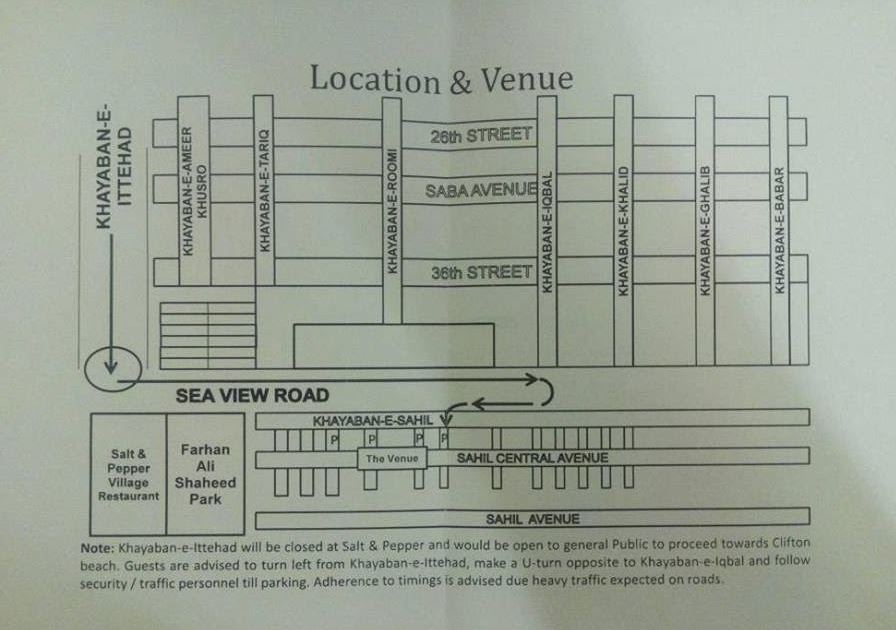 What is Red Arrow?

The Royal Air Force Aerobatic Team is also commonly known as the ‘Red Arrows’. The team has been carrying out their shows since 1965 and has performed more than 4,800 times across the globe.

The Red Arrows are an integral part of Britain Defence Diplomacy. They are also keen about promoting the local industry and the public face of RAF.

The team will be flying British-made Hawk aircraft. The Red Arrow team is made up of more than 120 people, including 9 pilots, engineers and essential support staff based at RAF Scampton in Lincolnshire.

Basic aims of Red Arrows are: