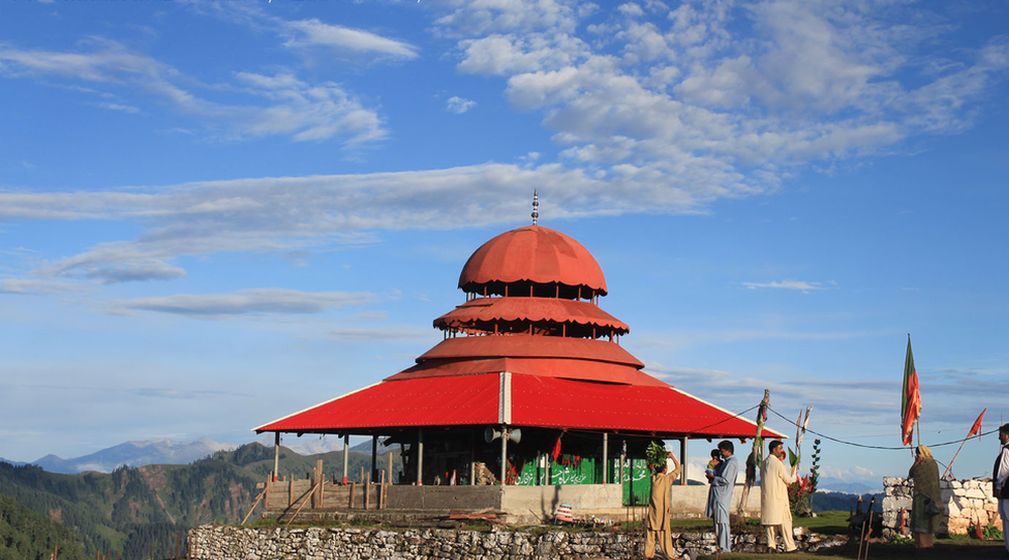 The Azad Jammu & Kashmir government has approved a mega project to establish a new scenic tourist spot. Pir Chinasi will be converted into an international tourist resort.

The approval was given at a meeting headed by Prime Minister AJK, Raja Farooq Haider Khan.

Pir Chinasi is a tourist spot, located about 30km east of Muzaffarabad on the top of hills at an elevation of 2,900 metres.

The meeting was informed that a company of international repute will construct a chairlift from Pir Chinasi to Jhattiyan at a cost of 1.5 billion rupees.

In the next phase, the concerned company will construct a five start hotel, public park and tourist resorts at Pir Chinasi. The government has allocated 250 Kanal of land to the company.

Speaking on the occasion, Raja Farooq Haider said the government is evolving a comprehensive strategy in order to promote tourism in Azad Jammu & Kashmir. The investors are being provided all facilities under a one window operation.

Read More: Tourism in Pakistan Has Tripled in Four Years

He said that the Tourism Corridor Project will bring a revolution in the tourism sector in the state.

Pakistan had been struggling to get tourists during early 2000s but things have started to improve during the past few years. Army operations during the past three years have resulted in fewer incidents of terrorism and foreign and local tourists have increased, especially in the northern areas of the country.