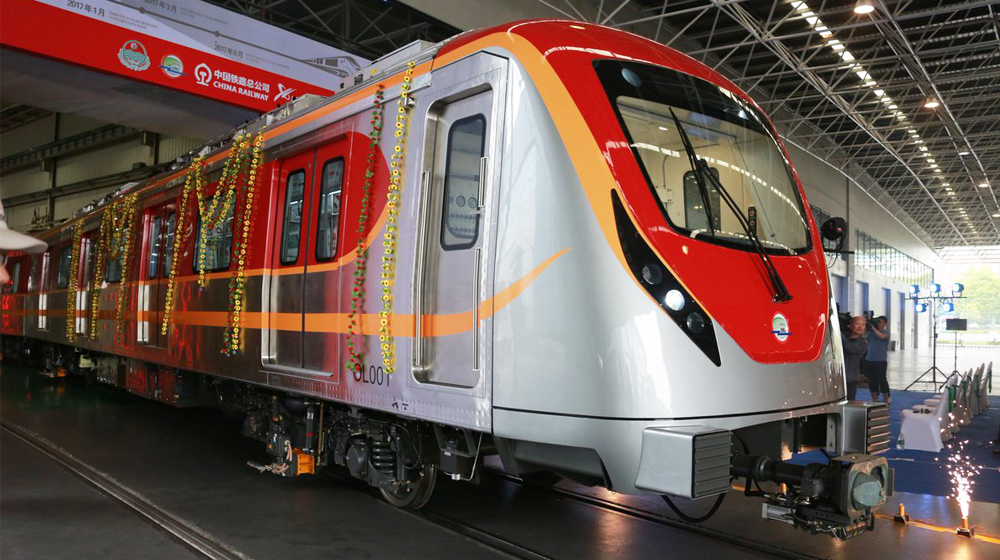 According to Punjab Chief Minister, Shahbaz Sharif, the Orange Line Metro Train is a project of public interest, which is a milestone to provide modern transportation facilities to a common man.

The train will be inaugurated at Qila Gujan Station. It has the capacity to transport about 500 people at one time.

The first of twenty-seven trains designed for Orange Line Metro reached Lahore in July this year.  First of the trains will be handed over by the Chinese company to Punjab government and the remaining twenty-six will reach at the end of this year.

The train, with five coaches, has been designed for the 25.58 km Orange Line.

An energy-saving air-conditioning system, suitable for the constant high summer temperatures and unstable voltage in Pakistan, is the showpiece of the design, according to an engineer.

The design combines the national flower of Pakistan and the shape of the dome of the Badshahi Mosque.

The designed maximum operational speed of the train is around 80 km per hour.

Earlier, China and Pakistan signed a framework agreement to build the Orange Line of rapid mass transit system in Lahore. The 26-kilometer Orange Line will have twenty-six stations, two of which will be underground.