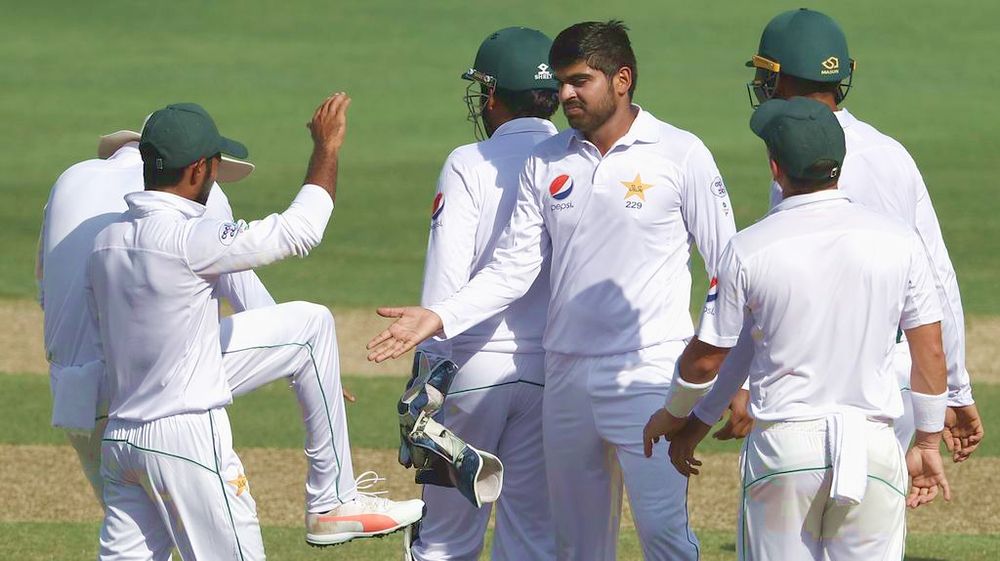 The 4th day of the second Test match between Pakistan and Sri Lanka ended with Pakistan requiring 119 runs to win the game and only 5 wickets in hand. However, the best moment of the day came from Haris Sohail, the Pakistani all-rounder.

Haris took the bowl to achieve a unique feat as Sri Lanka were struggling at 95 for 7.

The 28-year old made a new cricketing record as he spun all three batsmen back to the pavilion for just one-run. This was Haris’ first over of the innings and his figures are now the best in Test match history by a bowler who bowled only 1 over in an innings.

Haris Sohail is the first to ever take 3 wickets bowling just a single over in a Test innings! #howzstat #PAKvSL pic.twitter.com/EJLNznQjbR

It was due to this over that Pakistan was able to restrict Sri Lanka below 100 runs in the second innings. Haris Sohail took the wickets of Herath, Mendis, and Pradeep.

Sohail’s bowling figures of 1-0-1-3 are the best ever by a bowler who has bowled a single over in an innings. In 2002, Ramnaresh Sarwan of West Indies took 1-0-1-2 in a test match against India.

These are also the second best figures for a 3 wicket haul. Prior to this Richie Benaud took 3 wickets without having any runs scored against him.

Here are the highlights of all the wickets taken by Haris.

Current Situation of the Match

Pakistan needed 317 to win the match with 5 sessions remaining. The top order collapsed once again and Pakistan were reduced to 52-5 when Asad Shafiq and Sarfraz stood up and made a 146-run partnership at the end of day 4.

Pakistan now requires 119 runs with 5 wickets in hand on the last day of the match to level the series 1-1.