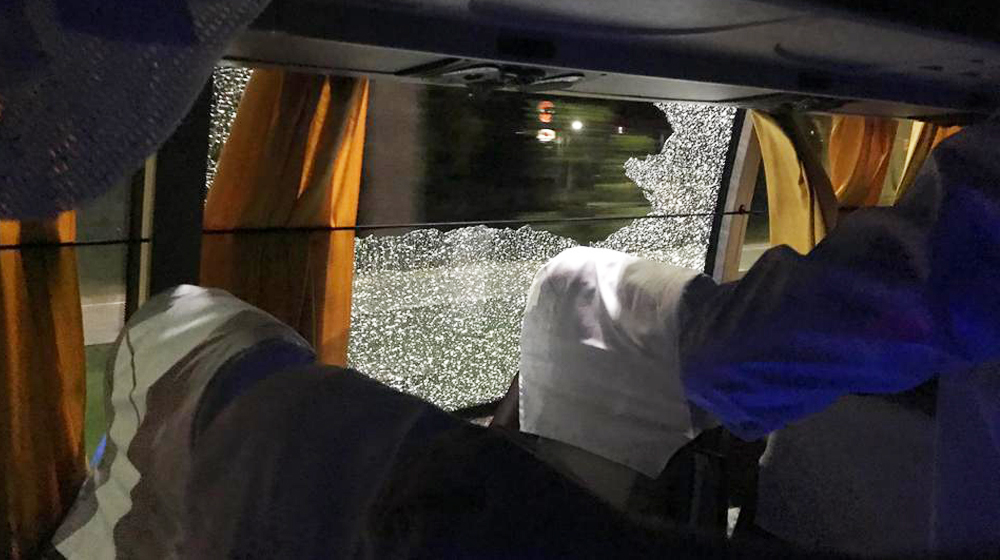 In the past, we have seen India’s cricketers’ houses being pelted with stones after a defeat but this time it was the opposition on the receiving end. This has been seen in Pakistan-India matches in the past, but nothing of the sort ever happened outside the stadium.

The controversy took place when Australian Cricket Team was returning to their hotel from the Guwahati’s Barsapara stadium after defeating India in the second T20I to level the the three match series 1-1.

An unidentified person threw a rock towards the Aussie’s bus, perhaps due to frustration over the loss, which left a large hole in a window on the back of the bus.

The Australian team's bus in India has been damaged after their T20 victory in Guwahati https://t.co/9KJNTocLlf #INDvAUS pic.twitter.com/aHl0OsM5Zi

The seat next to the window was unoccupied at the time which is why no one was injured.

Australian opener Aaron Finch tweeted a picture of the incident which caused a massive uproar on the social media regarding the lack of security provided by Indian authorities.

Pretty scary having a rock thrown through the team bus window on the way back to the hotel!! pic.twitter.com/LBBrksaDXI

Following the incident, Cricket Australia released a statement which read:

In a remarkable piece of good fortune, no one was sitting on the seat next to the window when it was broken.
While no one was injured, the Australian players were understandably shaken up by the incident.

According to Naba Doley, chief secretary VK Pipersenia, said that “two persons have been detained for questioning. We will take action against anyone found guilty.”

He also added, “A criminal investigation headed by a DIG of police has also started. I would not like to prejudge how and why the incident happen. If any lapse is found, necessary action would be initiated.”

It seems remarkable that BCCI is yet to issue an apology since this incident has seriously damaged the reputation of the board. This incident also highlights the ‘ambitious Indian fans’ who will not stop at any extent to show their disappointment.