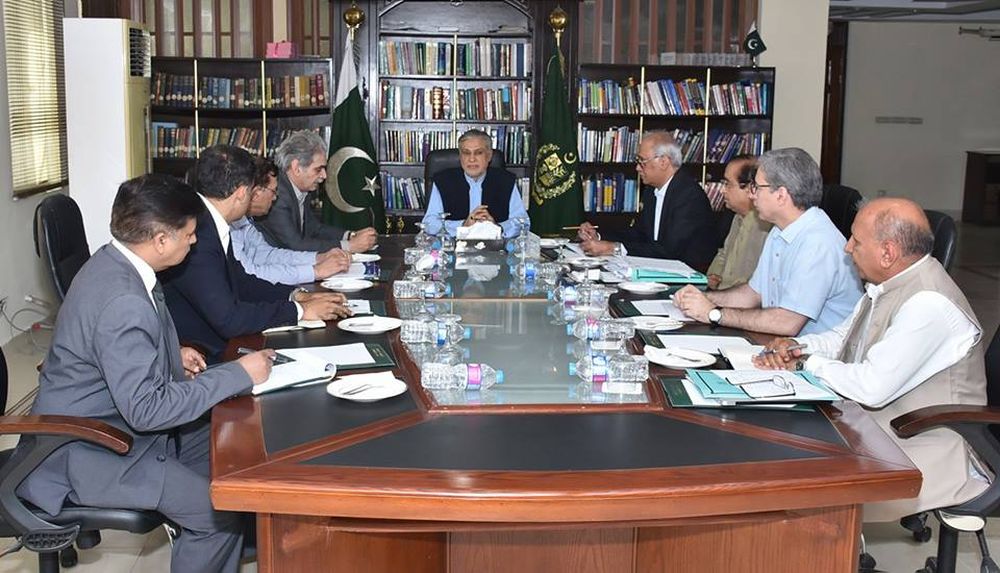 The present government has estimated a financing need of $18 billion, mainly through borrowing from external sources (International Banks) and other avenues of inflows in the current financial year 2017-18.

Acting Finance Secretary said that a recently published World Bank Report had erroneously indicated Pakistan’s gross external financing needs at US$ 31 billion for the current fiscal year. He said that the report is based on misinterpretation of standard definition of the gross financing needs of the country. Based on the international reporting standards, Pakistan’s actual gross financing need for FY 2017-18 is estimated at US$18 billion (5.3% of GDP) rather than $31 billion (9% of GDP).

He informed the Minister that the matter has been taken up with the World Bank to rectify the error.

The Minister was informed that external inflows are expected to be sufficient to meet repayment obligations. Acting Finance Secretary said that, in the first two months of current financial year, exports and remittances have improved and imports have slowed down.

Finance Minister was briefed on the progress of the various ongoing initiatives of the Ministry of Finance. He said that efforts were in hand to make sure that the strong fiscal performance of first quarter is maintained during the second quarter and beyond. Acting Finance Secretary also briefed the Minister on the estimates of gross external financing needs during the current fiscal year.

BTB Zones To Be Operational From November

The specialized Broadening of Tax Base (BTB) zones will become fully operational w.e.f 1st November 2017. BTB zones have been assigned to add new 0.2 million new taxpayers in the base.

Chairman FBR briefed the Finance Minister regarding the progress in Taxpayer’s outreach programme launched by FBR on the instructions of FM for broadening of the tax base.

He informed that senior officers of FBR are holding workshops on e-filing of returns for members of tax bars, professional bodies and chambers of commerce and industry. Large corporate employers have been approached for ensuring filing of returns by all employees receiving taxable salary.

Helpdesks have been established in tax offices throughout the country and FBR’s helpline and website have been revamped to facilitate return filing. Chairman FBR informed the Finance Minister that the efforts in this direction are yielding results and more than 352,000 returns have been received by 13th October against 162,000 returns received up to the same date last year.

Finance Minister expressed his satisfaction on the progress made by FBR and stated that the last date for filing of returns was extended to 31st October, based on the genuine demands from tax professionals and trade organizations.

He said that given this facilitation which has been extended to trade bodies and taxpayers, FBR should now work closely with representative bodies to ensure that returns due for the current year are filed by 31st October 2017.