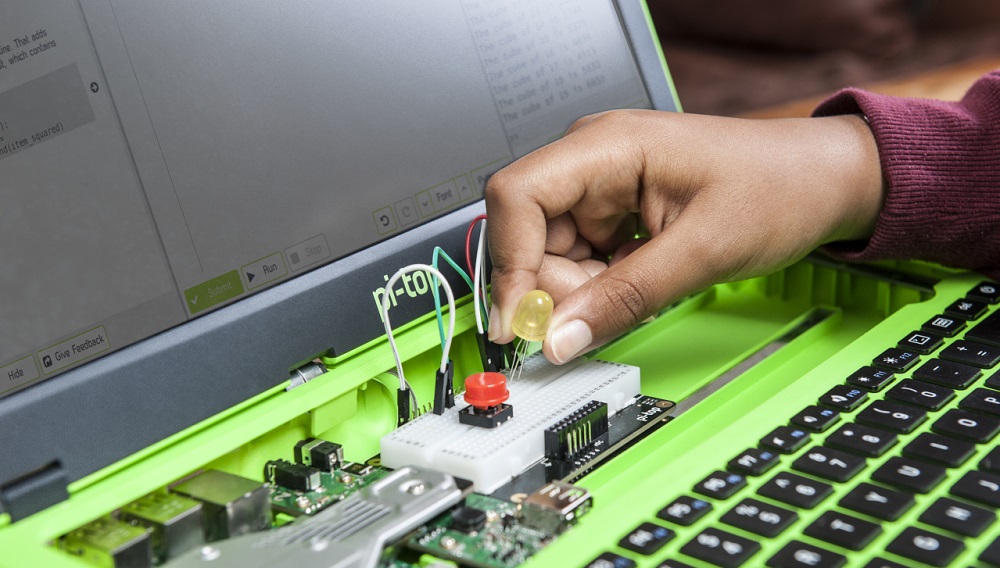 Raspberry Pi is a dream come true for aspiring coders and hackers. From cheap but usable PCs to smartwatches, we’ve seen pretty much every possibility being realized by the platform.

The latest realization comes in the form of a laptop called the Pi-Top; a modular laptop designed to make coding much more fun and easy.

The Pi-Top comes with an Inventor’s Kit, which includes LEDs, motion sensors, buttons, speaker, mic and a manual for creating your own projects. In all, around 20 parts are included in the Pi-Top bundle. 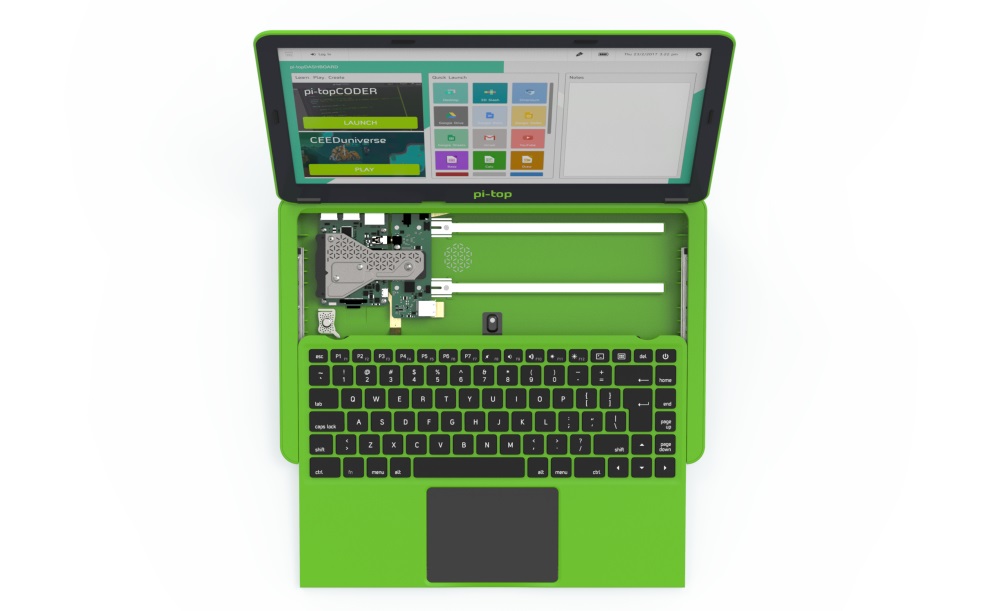 At the top is the modular rail which allows you to quickly add accessories. The display is a 14-inch 1080p panel. Included is an 8 GB SDcard, a keyboard, trackpad and a battery, which can last for up to 8 hours of continuous usage.

The machine is powered by the Raspberry Pi 3 which has a 1.2 GHz quad-core processor with configurable amounts of RAM and storage.

The internals are housed in a bright green casing, which is alright for its target audience of schools. On the software side the Pi-Top runs a modified version of the popular Raspbian OS. It comes with a web browser as well as support for the entire MS Office Suite.

The Pi-Top is relatively expensive compared to other modded devices, coming in at $319 if you don’t own a Raspberry Pi 3, or $285 if you already do. It will ship before the end of the month to the people who have pre-ordered it.

There are similar desktop offerings for half the price of a Pi-Top. For its targeted market, pricing is likely not going to be a concern since there are very few similar options available.