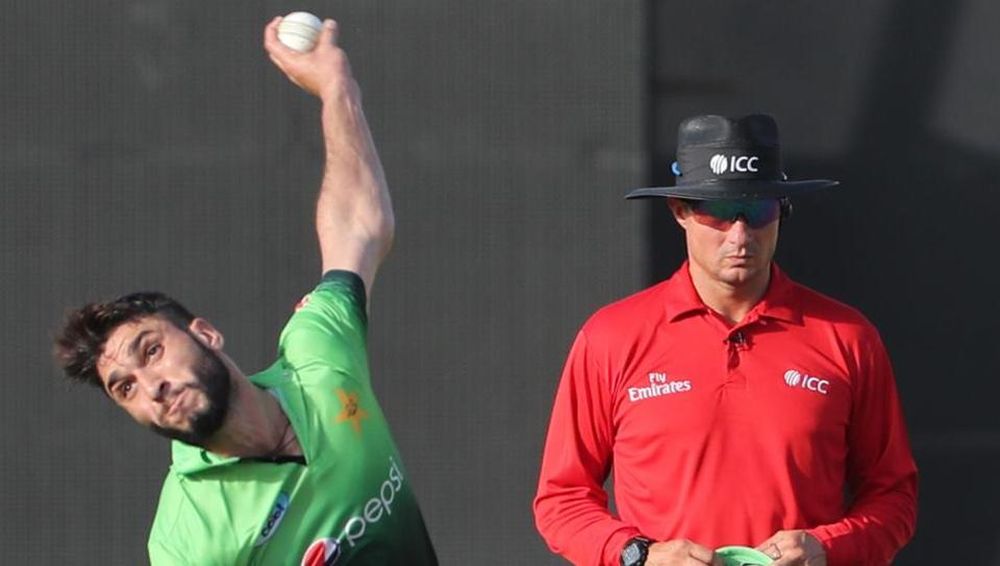 Pakistan completed a historic drubbing of the Sri Lankan team in the UAE, finishing with a scoreline of 5-0. Sarfaraz XI dominated Sri Lanka in all the departments as it is evident from the results.

Pakistan cruised to an easy victory over Tharanga’s men in the 5th and final ODI of the series thanks to some devastating bowling from Pakistani bowlers, especially Usman Khan Shinwari.

Read More: Usman Khan’s 21 Ball 5-Wicket Haul Is One For The History Books

With this match, Sri lanka registers its 12th consecutive loss while Pakistani continues its unbeaten run since the initial loss in the first match of the Champions Trophy 2017.

Sri Lanka once again won the toss and chose to bat first on a batting-friendly pitch, however, the visitors failed to utilize the advantage, losing early wickets to the unplayable Usman Shinwari, who managed to take 4 wickets in a span of less than two overs.

Usman Khan Shinwari, playing just his second ODI, bamboozled the opposition, took 5 wickets in just 21 deliveries. He was literally unplayable, thanks to his angling deliveries coupled with some movement in the air.

Sri Lanka crumbled to 20-5 in 6.3 overs, and no one could resist the brilliant bowling display from Pakistan. Both Shadab and Hasan were also among wickets, taking 2 each. 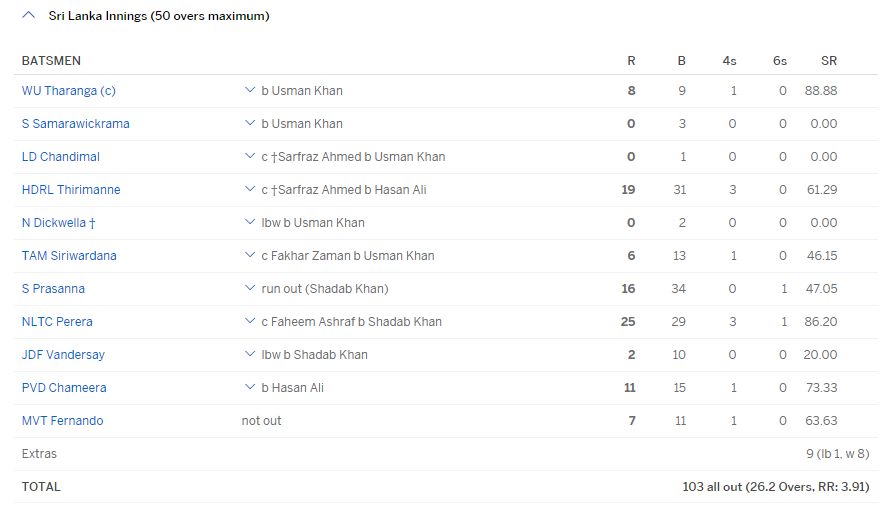 Pakistan came out solid in the pursuit of a meager total. Both Imam and Fakhar looked confident and hammered the bowlers all around the park before Fakhar fell to Vandersay on 48.

Fahim was promoted up the order to test his batting abilities. Pakistan galloped to an easy victory, overcoming the opposition by 9 wickets.

There were some very good performances from Pakistan both, with the bat and the ball. Babar Azam top scored with 303 runs at an average of 101, while Hasan Ali took 14 wickets at 11.28.

Player of the match: Usman Khan

Player of the series: Hasan Ali