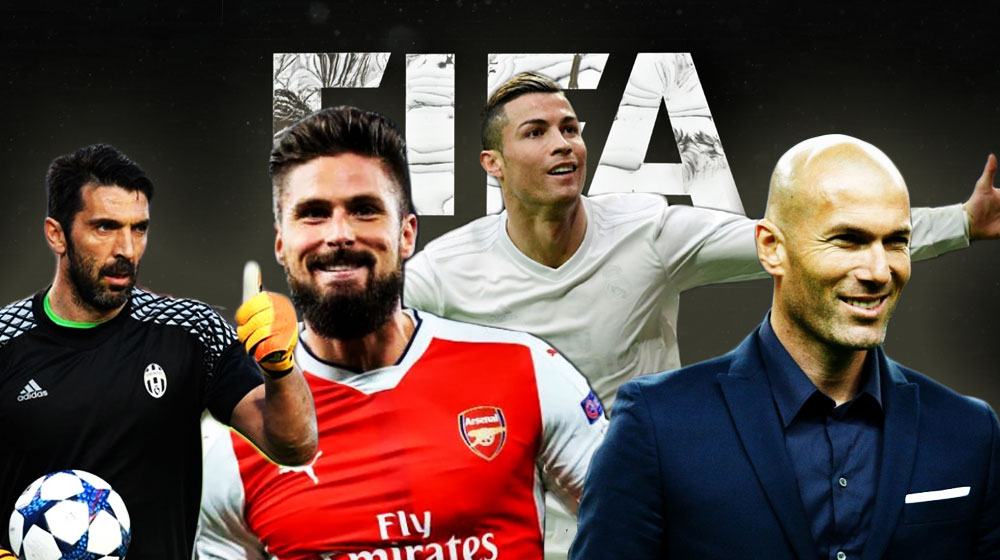 After completing a remarkable season, Ronaldo has snatched the FIFA’s Best Men’s Player of the Year award for the year 2017. Taking 43.16% of the total votes, this is the fifth time Ronaldo has been named as FIFA’s Top Male Footballer.

The Portuguese ace scored 44 goals from just 48 games for his club and country in the calender year and played a vital role in Madrid’s win in Champions League and La Liga as well.

Scoring twice in the final against Juventus, he helped Madrid secure a 4-1 win at Cardiff´s Millennium Stadium on June 3rd, which secured Ronaldo’s reputation as one of the greatest players to have ever played the game.

It is worth mentioning that Ronaldo won the inaugural Best FIFA men’s player of the year award last year following the end of a six-year merger between the FIFA honour and the Ballon D’Or.

This year, the competition was much stronger as Ronaldo shrugged off longstanding Barcelona rival Lionel Messi and Paris Saint-Germain’s Neymar — both being in hot form this year.

Asked how long he could keep up this level of form, Ronaldo said: “I don’t know, I just enjoy the moment, the moment is great. I feel happy, I’m 32 and have won best player in the world and I’m so glad. I don’t know what’s going to happen in the next year. I just try to focus on the moment.”

Messi voted for Barcelona team-mate Luis Suarez as his best player, while Ronaldo also opted for a team-mate at Real — Luka Modric.

Real Madrid ended their last season on a high; champions of Spain first time since 2012 and champions of Europe for the 2nd successive season.

With such an incredible season, it is hard to ignore Zidane — the man responsible for making it all happen.

The French legend won the award ahead of Chelsea manager Antonio Conte, who won the Premier League in his first season and Juventus’ Massimiliano Allegri and managed a league and cup double in Serie A and Coppa Italia.

Netherlands coach Wiegman led the Netherlands to the Euro 2017 title on home soil, playing excellent attacking football. It was their first major women’s international title after a thrilling victory over Denmark in the final.

Gianluigi Buffon, one of the most renowned goalkeepers of all time, managed to become the best goalkeeper for the year after delivering a solid performance in 2017.

With Gigi in goal, Juventus won sixth consecutive league title and went 600 minutes without conceding a goal in the Champions League.

Buffon, who is now 39 and approaching his retirement age, won the award ahead of Real Madrid’s Keylor Navas and Bayern’s Manuel Neuer.

Without a shadow of a doubt, Oliver Giroud scored one of the most incredible goals seen live on television.

Giroud won the award for his cheeky effort against Palace on New Year’s Day. The Frenchman scored a goal which is referred to as ‘a scorpion kick’ and its execution is one of the toughest in modern football.

Here are the highlights of the entire event:

Note: These videos might not work in certain geographical zones. If that is the case, click “Watch on YouTube” after playing the video and it should take you to video’s page.