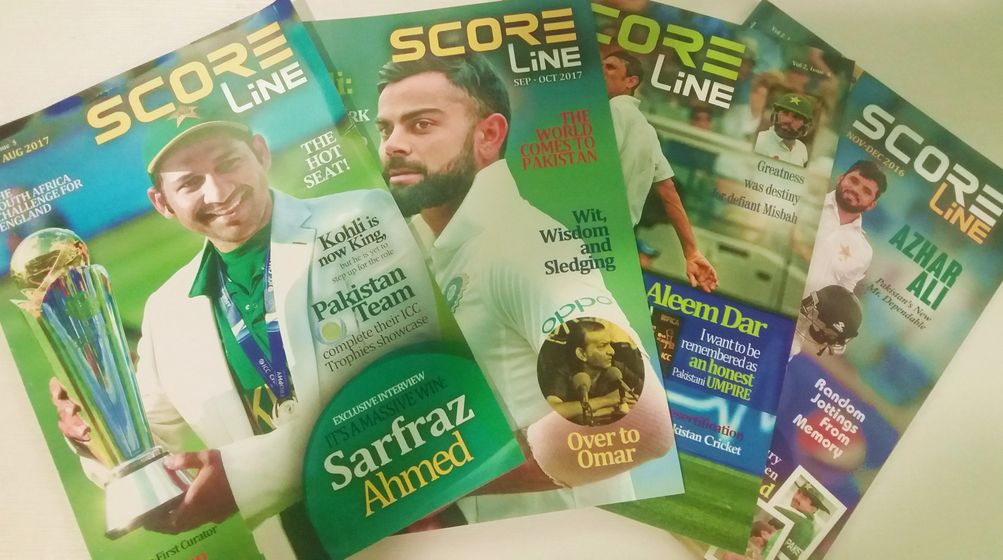 Executive Director, Muhammad Rahimtoola says “Our vision was to provide a platform for all cricketing formats to be covered from across the country and beyond.”

Score Line is currently the only Cricket focused publication from Pakistan and has also been well received both domestically and internationally.

Seasoned journalists from across the world including Pakistan, United Kingdom, Sri Lanka, India, Bangladesh, West Indies and even the United States form the panel of contributors to the publication.

“Sport needs decent media in this country and our passion and association with the game of Cricket pushed us to launch this particular platform” mentioned Shoaib Ahmed, Managing Editor of the Publication who also earlier remained associated with the Pakistan Cricket Board for over a decade.