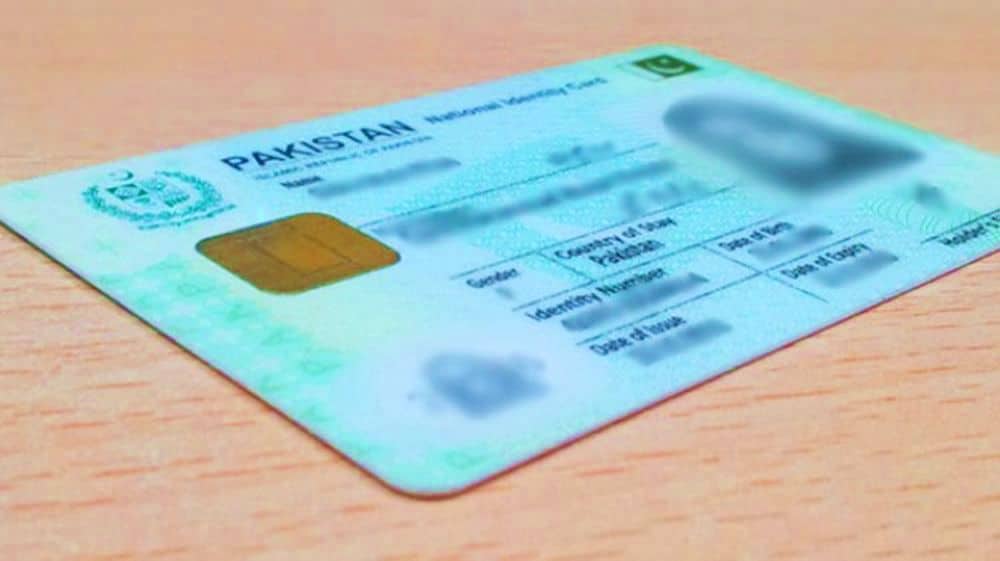 The National Database and Registration Authority (NADRA) has recently issued 7,000 smart national identification cards (SNIC) with errors and misprints. Many cards were found where the CNIC number was replaced with the tracking number.

It was revealed by a senior NADRA official that a batch of cards were recalled from different NADRA centers from throughout the country after complaints were launched by several citizens.

Upon recalling the batch of cards, it was found that the entire consignment contained misprints.

According to the retired Director of NADRA, Lt Col Taimoor Saeed Rathore, the mistake was made at NADRA’s end which will not only cost the citizens a lot of inconvenience but the authority too may face a financial loss of nearly Rs 1 million.

The inquiry officer revealed the name of five officials who could be held responsible for the blunder.

An order to implement a detailed inquiry was issued that demanded the NADRA Operations DG Brig (retd) Nasar Ahmed Mir to inquire regarding the negligence of the workers which “manifest defiance to the existing SOPs and routine procedures of the department.”

The officials and the staff were, however, of the view that the glitch had occurred not as a result of an error made on their end but rather as a result of a lapse that occurred during machine testing.

The smart national identity cards (NICs) were introduced by NADRA in 2012 with a promise of features such as:

Six years later, the SNIC is still just normal identity card with a chip that is yet to gain traction.