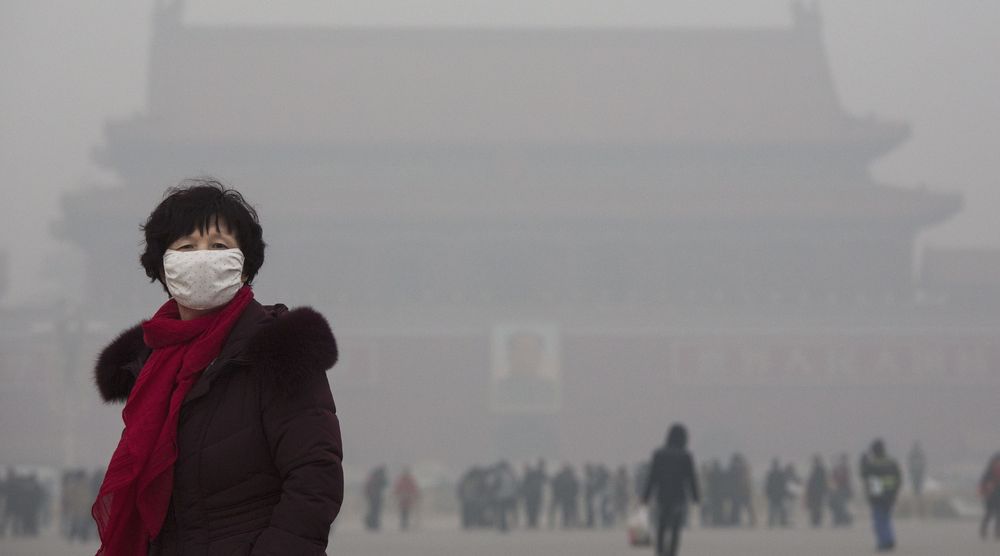 Sardar Awais Ahmed Khan Leghari, Federal Minister Power Division, chaired a meeting held between different stakeholders in which he instructed a team to visit China to find a solution to smog.

Members of the meeting included representatives from National Transmission and Dispatch Company (NTDC), distribution companies, NPCC, GNECOs and Power Division. It was decided that a team comprising of experts from NTDC will be sent to China to study smog conditions and how the Chinese are coping with the problem.

The federal minister was briefed that certain areas in Multan, Lahore and Hyderabad are facing a unique smog which is causing breakage of insulators. The breakage occurs during night when smog gets mixed with moisture in the air. Insulators break when the mixture gets heated by voltage from supply lines, creating flashes of light in the process.

This unique smog is a mixture of dust, ozone, industrial emissions, carbon monoxide and nitrogen oxide and has already caused 82 points on NTDC transmissions lines to break.

Read More: Smog – It’s Man Made and Here’s How to Combat It

The smog situation in various areas of Pakistan, especially Punjab, has been interfering with the continuous supply of electricity to the consumers. The team will examine the electricity distribution model that Beijing is following and will study the feasibility of implementing same system in areas of Pakistan which have been hit by smog.

Instant Measures to be Taken

Leghari directed the CEOs of NTDC and DISCOs to brainstorm ideas for finding a solution to the current smog problem. He also ordered the immediate installation of anti-fog and anti-smog elements so that a continuous supply of electricity can be ensured.

The minister told the media that there is no shortage of electricity in the country. The power outages are only due to the extreme weather conditions. He added that the country is currently producing 14,000 MW of electricity while the demand is 12,552 MW.

The minister admired the efforts of ground teams working regardless of the poor weather and impacts of toxic gases that have been deposited on distribution and transmission lines. He praised the teams’ efforts saying that they have avoided a large scale blackout by preventing tripping.