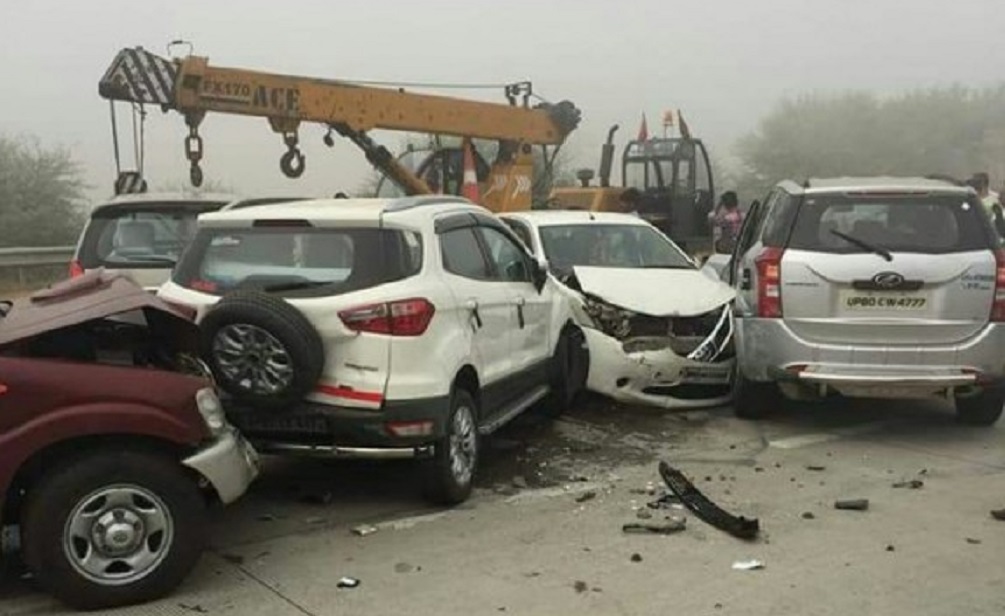 Lahore and most of Punjab is enveloped in a thick cloud of smog. The Motorway and the GT Road had been closed by the respective authorities due to low visibility.

A tweet from the Government of Punjab has announced that schools will open at 9 AM and close at 2:30 PM due to smog.

Many accidents have been caused due to rash driving in areas with low visibility and as many as 25 people have died. Drivers are advised to be more vigilant and careful while driving.

Delhi is also witnessing a thick blanket of smog and some dangerous accidents morning as the pollution levels worsened. As a direct result of this blanket of smog, 18 vehicles including a bus crashed into eachother, leaving many injured and one dead. The drivers seen in the video were driving too fast and they weren’t aware of the pile-up of cars ahead of them.

Considering the accidents, such as the one mentioned above, drivers need to keep certain guidelines in mind when driving through such thick smog.