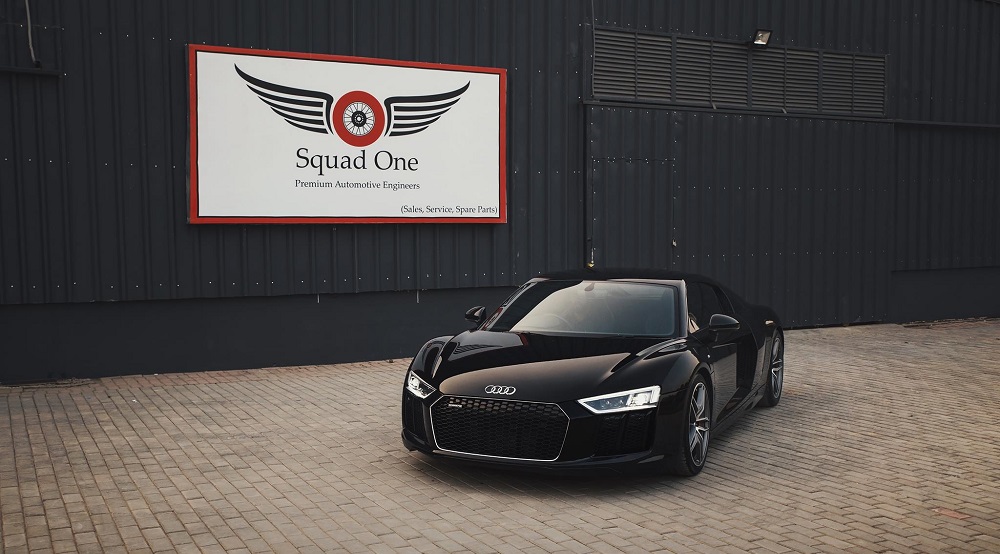 Squad One Automotive has amassed a decent following over the years and is known among the car enthusiasts in Lahore for their Premium Automotive Specialists.

However, this time around, the company has outdone itself and taken things to the next level by customizing an Audi R8 (2nd generation), which goes from 0 to 100 km/h in just 2.4 seconds.

The team working on the project unveiled the beast and stated that, “if it sounds like an F-16, you have done it right!”

This is the first time Pakistan is seeing a project such as this. Previously, the fastest car to reach 100 km/h in Pakistan was a customized Honda. The 2012 Honda reached the incredible speed in 3.9 seconds.

There is no doubt that Audi R8 on its own, is one of the most beautiful and high performing cars in the world. However, in order to make it go from 0 to 100 km/h in just 2.4 seconds, some changes were required.

First and foremost, the team increased the car’s maximum horsepower to give it extra drive. The car originally came with 540hp and was later bumped up to around 805hp.

The second most vital upgrade was made on the torque which read 398 lb-ft before the transformation and was 610 lb-ft after ‘the works’.

Here’s a video of the project by Squad One Automotive:

The specifications of the monstrous car are as following:

After the transformation, here is how the Audi R8 looks like: