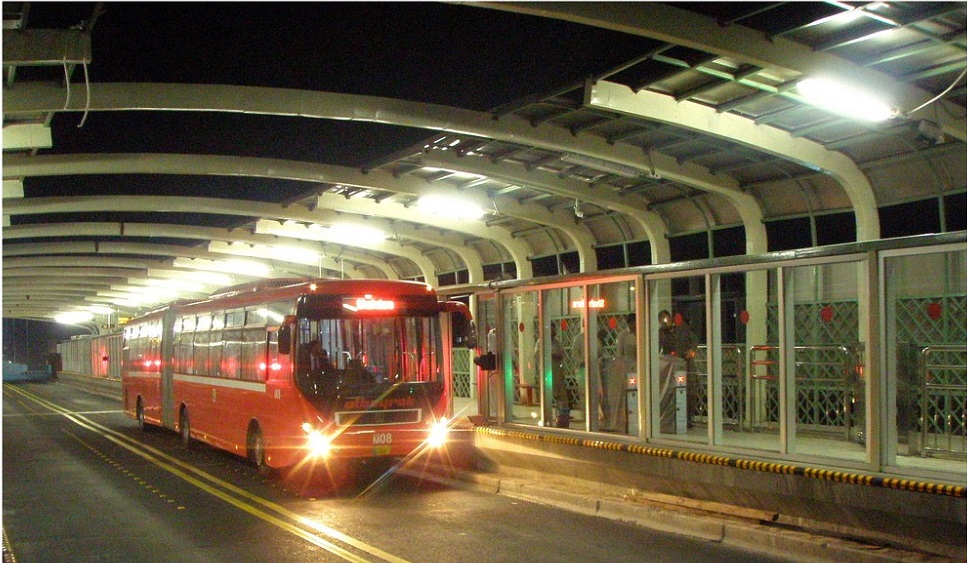 The National Highway Authority (NHA) spokesperson Kashif Zaman has announced that the metro bus service construction on Peshawar Mor-New Islamabad Airport is in process and will complete by the end of November or early December.

Structures and underpasses, including the main underpass Golra Mor (G-13), have been completed and the underpasses would be open to the public in the next two weeks, he further added.

“Asphalt work on all the four packages is also in progress simultaneously,” says the NHA official.

The Rs 15 billion extension project is sectioned into four segments to ensure the project is completed on time.

Construction on Packages-IV had started up in June last year, Package-III in March 2017 and Packages I and II started out in April 2017, says the NHA spokesman.

He also mentioned about the cost per Package, which is:

The project would consist of 9 bus stations which include,

12 bridges, 26 culverts, and 11 underpasses would be a part of this project.