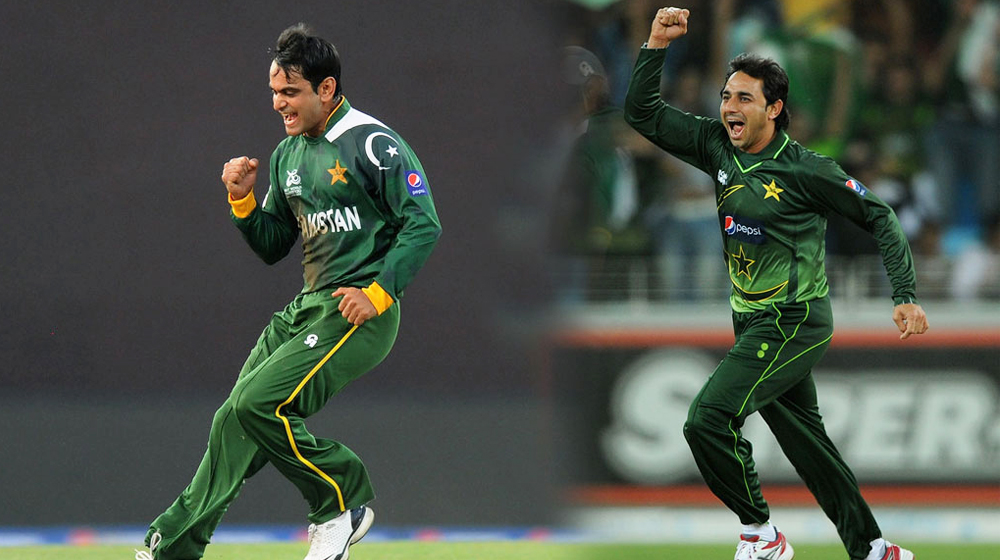 Pakistan’s former spin magician, Saeed Ajmal, said that he can help correct Mohammad Hafeez’s bowling action within a month if Pakistan Cricket Board (PCB) and Hafeez approach him.

Ajmal was talking to a local media outlet on Sunday where he claimed that he can help Hafeez because he has worked with former Pakistan spin legends — Saqlain Mushtaq and Mushtaq Ahmed — who previously helped him when Ajmal was found guilty of violating ICC’s regulation in 2014 regarding his bowling action.

Mohmmad Hafeez, current number one ranked all-rounder in ODIs, was banned by the ICC earlier this week after his bowling action was termed illegal for the third time in his career.

Despite wearing Pakistan’s shirt with pride and thoroughly been mistreated by the PCB, Ajmal has expressed his willingness to aid the PCB by helping Mohammad Hafeez — a player who has become an integral peg in Pakistan’s cricket in all formats.

Ajmal claimed that ‘he does not want to beg the PCB’ to select him”, which is why he has gracefully decided to retire from the beloved game.

‘Pakistan Is Being Targeted’

It is becoming a norm to see Pakistani spinners be held accountable by ICC whereas players of other nationalities do not have to face them same scrutiny.

Speaking about the matter, Ajmal expressed his concern and said that ICC is ‘only targetting Pakistani bowlers’ which is why PCB should not only take notice but also take necessary actions.

If the PCB takes some positive steps to protect the bowlers, I am hopeful that Pakistan bowlers will not be singled out again for their bowling actions.

In an interview, he said:

It seems that the process was meant for me and Hafeez, all other bowlers with questionable actions are still playing.

Although being let down by the PCB, Ajmal said he has no intention of quitting the game altogether.

I have no intention to quit one-day or Twenty20 cricket at the moment. I have worked really hard to stage a comeback and my performance in the National T20 Cup reflects that.

I played good cricket for Pakistan and for the PCB but in the end, I would not even get to play a good match to end my international career. These T20 matches are broadcast live so I decided to grab this opportunity to announce my retirement in front of my fans.

It is a horrible sight to see a legend being mistreated and we hope that PCB realize their mistake and extend the courtesy of paying Saeed Ajmal a deserved tribute.