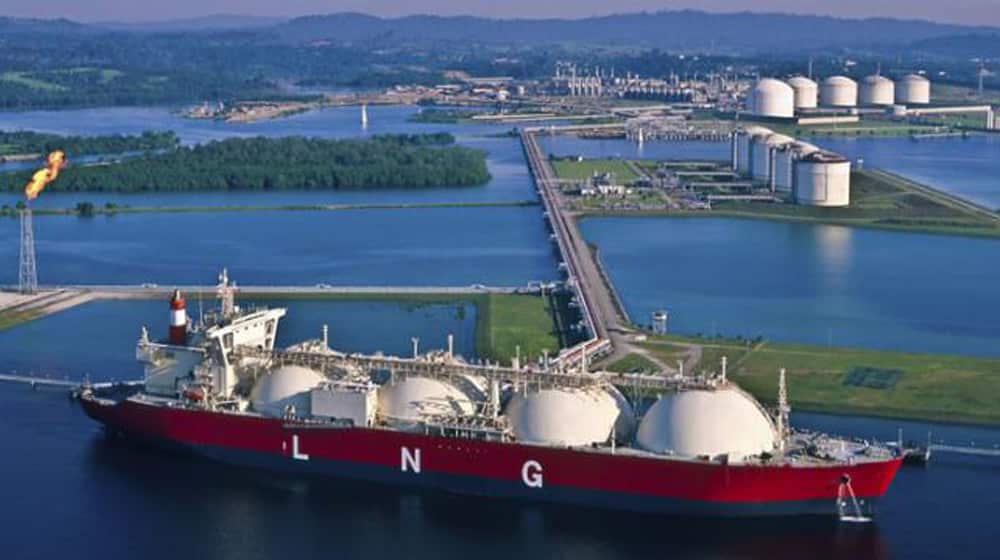 Pakistan was importing 600 million cubic feet of LNG per day (mmcfd) through its first LNG terminal at Port Qasim. The second terminal would handle another 600 mmcfd, taking the total import volume to 1.2 billion cubic feet per day. The new terminal was built solely by the private sector.

PM said that he hopes that the GDP sustains at this level and goes up to 6 percent by next year. He said the government confronted the challenge of terrorism head-on while the power shortages have been addressed with the increased import capacity of LNG.

Shahid Khaqan Abbasi said that the government is working on ways to produce electricity through different options, adding that three more power stations that run on LNG would soon be operational, adding more electricity to the national grid. The Prime Minister said work on a 1360 MW coal power project was also nearing completion.

LNG is the cheapest fuel available in the country and will adequately meet the requirements of the commercial, industrial, domestic and the CNG sector. He said there was a huge potential for investment in the LNG sector as the country has a huge market for natural gas.

The Prime Minister congratulated Pakistan GasPort Limited (PGPL) Chairman Iqbal Z Ahmed on achieving this milestone and said he still has two more to cross. He termed the LNG terminal a success story.

He added that all the new terminals were in private sector and said the role of government was as a facilitator to the consumers and the suppliers. He said that the government’s function is not to do business but to provide a regulatory framework.