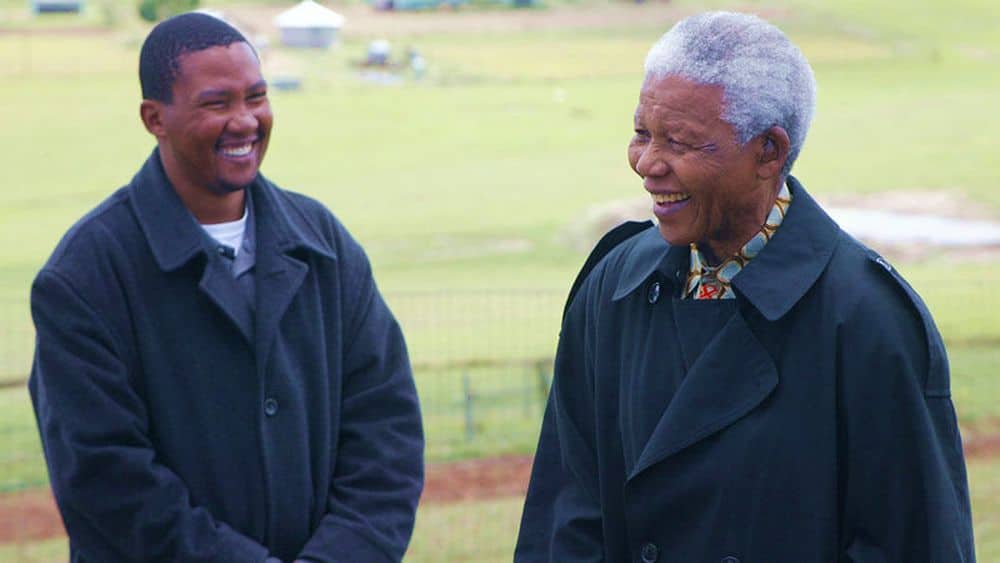 “I am very happy to come here.” He further added, talking to media at the airport,

I am not here for any political interests, my grandfather also loved Pakistan.

He clarified that this visit is to celebrate Milad un Nabi with the people of Pakistan and there no are political motives behind this.

Mandla Mandela embraced Islam in 2016 and it’s his first ever visit to Pakistan. Mandla was in Medina before he accepted Tahir ul Qadri’s invitation to come to Lahore.

PAT’s representatives say it was due to the South African Minhaj ul Quran’s efforts that the African Parliamentarian embraced Islam.

Nelson Mandela was a revolutionary political leader and the first ever Black president of democratic state of South Africa, who served as the head of state from 1994-1999. Nelson Mandela is recognized worldwide for his fight for the rights of African people.