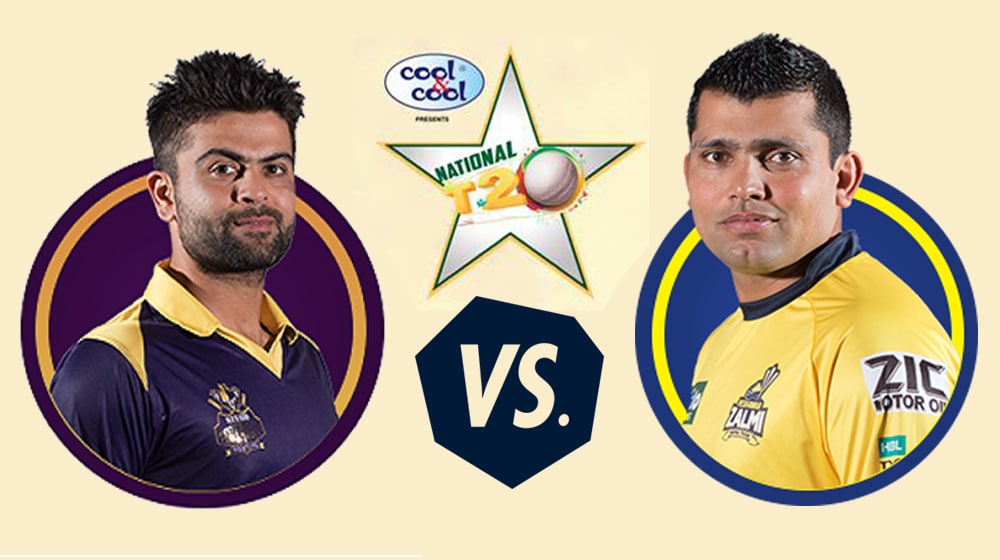 Following an exciting tournament, the final of the National T20 2017/18 will be played on Thursday at Rawalpindi stadium.

The final will be played between Lahore Blues and Lahore Whites, two teams which have performed exceptionally well in the tournament.

The final match of the tournament was scheduled to be held earlier but it was postponed due to protests launched by religious parties in various parts of Pakistan.

Both teams also have the joint-best record in the tournament: P7 — W5 — L1

Lahore Whites faced Faisalabad in the semi-final whereas Lahore Blues faced the daunting challenge of overcoming Federally Administrated Tribal Areas (FATA), with both teams winning their respective matches by 10-runs.

This year’s National T20 competition has seen the revival of Kamran and Ahmed, both of whom, have been struggling immensely to maintain a regular place in the national side.

Kamran Akmal, playing for Lahore Whites, has had a tremendous tournament. He’s currently the highest run scorer in the tournament with 412-runs in 8 matches, including 4 consecutive 50s and one incredible knock of 150* runs.

Lahore Blues’ Ahmed Shehzad has also proved to be a great success in this tournament, just in behind Kamran at second place in terms of most runs scored. In the 7 matches he has played, Ahmed has scored 319-runs, raising his bat 3 times for two half-centuries and an unbeaten knock of 104.

Umaid and Wahab lead the most wickets tally in National T20 Cup with 25 wickets in between them, with an impressive economy of 6.0 and 5.7 respectively. Both bowlers also have also conceded the least amount of runs this tournament as well.

Possessing an incredible depth in their squad, Lahore Whites have hardly found it difficult to get out of a sticky situation when bowling. When pacers need a breather, the team turns to Bilal Asif and Asif Ali to work their charm and turn the ball.

Having 10 wickets in the bank with an average of 14.30, Bilal is the most successful spinner of the tournament. Asif Ali, not far behind, has 9 wickets from his 8 matches with a best of 3 for 27.

Stats, now-a-days, can uncover so many mysteries along and give you a fair assessment when it comes to making a knowledgeable guess. Majority of the statistics suggest that Lahore Whites have a slight edge going into the final.

Lahore Whites are impeccable when it comes to batting first. Salman Butt banks on putting a huge score on the board and then bowling the opposition out. Whites have all the top-five highest margin wins, biggest of which came against Islamabad with a lead of 109-runs.

On the other hand, Lahore Blues’ biggest advantage is perhaps that they have already beaten Whites earlier in the tournament by 1-run. Furthermore, Blues don’t mind batting second as they have the likes of Imam-ul-Haq, Muhammad Hafeez and Ahmed Shehzad to chase down targets.

Lahore Blues have also registered the highest total in the tournament, where the team scored 221/1 against FATA. On the other hand, Whites have twice scored more than 200-runs this tournament, once vs. FATA and once vs. Islamabad.