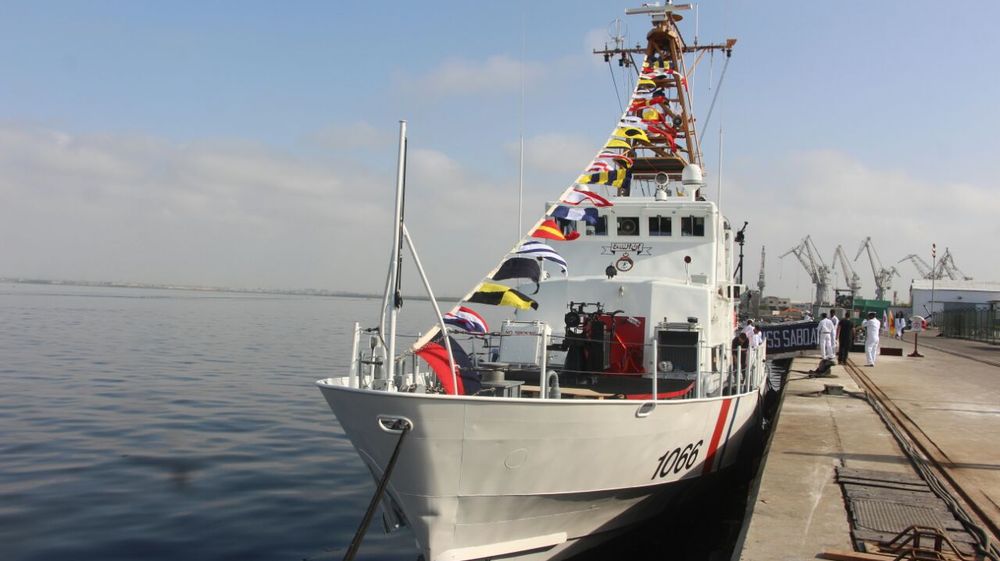 Pakistan has a lot of marine resources but due to ignorance of country leadership regarding its full potential, this sector has not been fully utilized. If focus is diverted on marine sector, it can triple the gross domestic product (GDP) within a few years. Indian fishermen are robbing $12 billion in sea food from Pakistan waters.

This was disclosed by Chief of Naval Staff Admiral Zafar Mahmood Abbasi on the launch ceremony of 600 tons maritime patrol vessel (MPV) at Karachi Shipyard and Engineering Works (KS&EW) on Tuesday.

This petrol vessel is the 4th platform built for PMSA with collaboration between China Shipbuilding and Trading Company at KS&EW.

In his address, Admiral Zafar Mahood Abbasi said that Pakistan has a coastline of over 1000 kilometers and special economic zones with areas over 3 lac square kilometers.

My wish is to kick start maritime sector. This sector can triple the country’s revenues in a few years. The biggest problem is that our political leadership is sea blind.

Zafar Mahmood said that Pakistan needs a new shipyard to develop its economy. Japan, China and other countries were developed via their shipbuilding industry. India has 46 shipyards and Bangladesh has 26 shipyards while Pakistan has only one.

World-renowned shipyards agree to start joint ventures in the shipbuilding sector. It is suggested to build at least 2 shipyards, one a Gawadar and the other at Port Qasim. A summery in this regard has already been sent to the Prime Minister for approval.

Naval Chief said that China Pakistan Economic Corridor (CPEC) is big opportunity for Pakistan’s economic sector. If Pakistan can divert 10 percent of China’s exports, it will be valued at $350 billion. Besides China, Pakistan’s own exports and Central Asian exports can also add to the trade volume. It should increase maritime trade volumes manifold.

Based on imperial data sturdy disclosed to us, each year Indian fishermen rob Pakistani fished worth of $12 billions. Inducting new MPVs will enable to PMSA to protect Pakistan’s marine life, precious minerals and hydrocarbons.

The launched vessel is the 4th of its kind in Pakistan. This ship has 600 tons of dead weight with length of 68.5 meters and 4 engines enabling maximum speeds of upto 27 Knots. This ship is equipped with state of art sensors and guns. It can hold 6 officers and 54 crew members.

This ship will to patrol in Pakistan’s sea area and perform the following tasks.