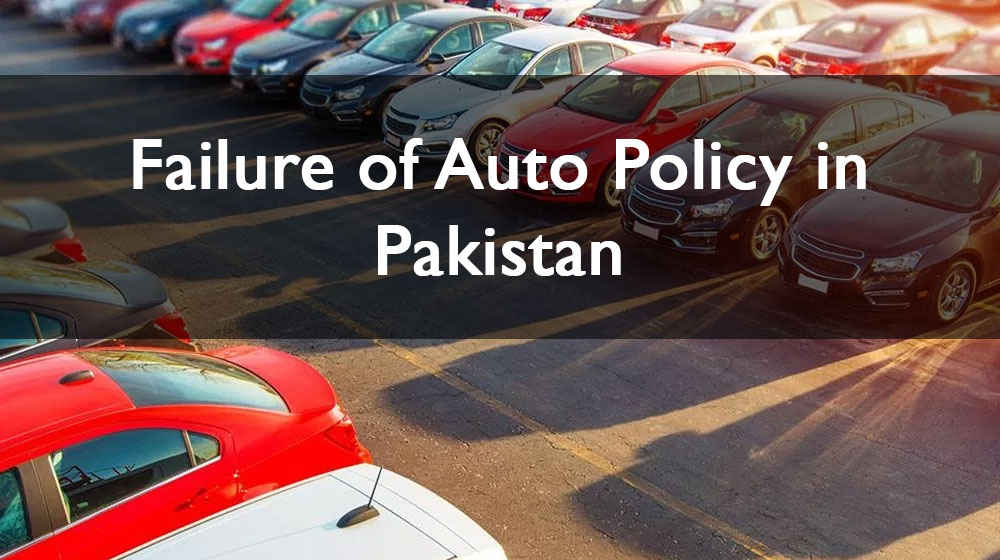 Over 18 months have passed since the much awaited auto policy was introduced in Pakistan. While it was launched to break the stranglehold of a select few manufacturers and boost competition by attracting new players to the market, its practical outcomes have been muted at best. Why has the policy, which had been under works for five years, failed to yield results?

First, let’s start with a short summary of what the auto policy wanted to achieve on paper. For new entrants, there were significant tax breaks and definitions were changed around to deny the benefits to existing players in the market. Here’s a summary.

As soon as it was unveiled, it was celebrated as a long overdue step by everyone except existing manufacturers. From critical statements to promises to legal roadblocks, they have done everything in their power over the last couple of years to make sure the auto policy fails.

With the auto policy, the government pledged to make life easier for consumers. Competition spurs innovation and delivering value becomes mandatory, not optional as current manufacturers seem to think so. A lot has happened that shows how consumers have been forced to suffer while steps to alleviate that suffering are delayed time and again.

Instead of making the lives of new entrants easier, the government has refused to take back regulatory duty on steel parts. Iftikhar Ahmad, Chairman of Automotive Parts & Accessories Manufacturers, warned of a collapse of the auto parts industry if the regulatory duties on products aren’t taken back.

Due to pressure by existing manufacturers, the new entrants are facing delays from the government’s side. New makers have already imported machinery to assemble cars in Pakistan but not a single car has rolled off the assembly lines in over 1.5 years of the auto policy being approved due to the Engineering Development Board dragging its feet to finalize the approvals.

All manufacturers were expected to start production this year or in 2018 but none have either announced the models they plan to assemble here nor offered any Completely Built Units (CBUs) for marketing purposes.

Value for Money Continues to Decline

Right now, the cheapest variant of the Suzuki Mehran costs over Rs. 680,000. Compare it to neighboring India and the difference is clear as day. The Maruti Suzuki Alto 800 costs around Rs. 400,000 (Pakistani rupees). The fantastically designed and feature rich Renault Kwid costs under Rs. 430,000. For Rs. 530,000, you can get a 1.2 liter Tata Tiago.

So what’s the justification for charging such a high amount for a car with a design that hasn’t been updated in 35 years, lacks even airbags, has no features to speak of and is basically obsolete everywhere else in the world?

The problem extends to the mid and upper end as well. The recently launched automatic variant of the Suzuki Cultus costs around Rs. 1.5 million. When you can get an automatic Swift for less and can almost buy a Honda City for that much money, we can’t help but wonder why there’s no urgency on the government’s part to reign in such anti-consumer behavior. Not to mention, imported cars (even with all the taxes) offer more value for money at the same price point.

About half a year ago, the cabinet rejected a proposal to decrease import taxes on vehicles as per the original suggestion in the Finance Bill 2017-18. It was proposed to reduce taxes by 10% on cars with engine capacities of under 1800cc. However, just a few weeks ago, government did the opposite and increased custom duty on car imports by upto 30%.

Limitations on Import of Used Cars

Under the guise of stopping the outflow of foreign exchange, the Ministry of Commerce has issued a new SRO. It will ensure that duties and taxes are paid on all used and imported cars and with the regulation, the government is aiming to significantly reduce the number of imported cars.

The issue is valid. The government loses are, according to estimates, around Rs. 20 billion due to the misuse of 3 schemes for overseas Pakistanis: personal baggage, gift and transfer of residence schemes. However, its actual benefits are debatable. Not only that, the timing is suspect. This black economy has existed for years. Why clamp down now? The move gives more leverage to current manufacturers and it’s suspicious.

The end result is that Pakistanis who turned to imported used cars after being frustrated with the existing manufacturers stand to lose out both in terms of money and time.

The Pakistani auto market is unique in the sense that manufacturers brazenly launch older models with facelifts and still charge full price. Just look at the difference between the 2017 City launched in Pakistan compared to the international version.

While the entire world takes airbags and ABS etc as granted, manufacturers in Pakistan still treat them as optional and premium features. Despite the government’s requests to add safety features to cars, manufacturers have resisted and Suzuki even got a stay against an order to install immobilizers. When they did, it came with a price increase.

A 2014 report by the WHO stated that over 30,000 people in Pakistan die every year in road accidents. Of course, the onus is on the government and the people need to make this demand clearer when they are making a purchase decision as well but one has to wonder by how much that number could be reduced if basic safety features were made mandatory in all new cars.

A year ago, reports emerged that owing to the close partnership fostered as a result of CPEC, Chinese manufacturers were eager to invest heavily in Pakistan’s automobile industry. Government sources indicated that multiple companies had already decided on local partners and plans were underway to assemble, manufacture and distribute vehicles.

However, since that time, there have been no announcements from any of these companies. If there’s collaboration in literally every avenue under CPEC, why is the Chinese auto sector, which offers great value for money, conspicuously absent?

The government has also been shush on the matter and hasn’t invited any of the Chinese auto industry leaders to launch vehicles in Pakistan.

We’ve seen an overpriced Zotye car, but that was basically announced a couple of years ago.

A Ray of Hope?

Delays by the government and its failure to reign in current manufacturers bodes ill for the auto policy in 2018. The government made a consumer friendly decision to implement auto policy and it needs to stick to its guns and ensure that no violations occur so that safety standards and value increase for the average Pakistani.

From the look of things right now, 2018 should be a positive year as multiple agreements have been finalized. Some of the auto manufacturers are moving forward even though they’ve had to face several problems reaching this point.

Here’s a rundown of some of the auto makers which are expected to start operations on their assembly lines soon:

Let’s hope that the promise of auto policy in Pakistan is finally realized in 2018. 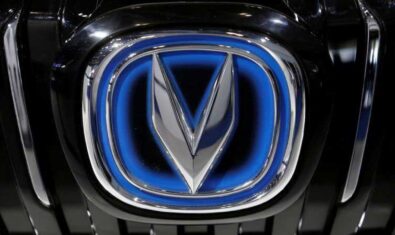