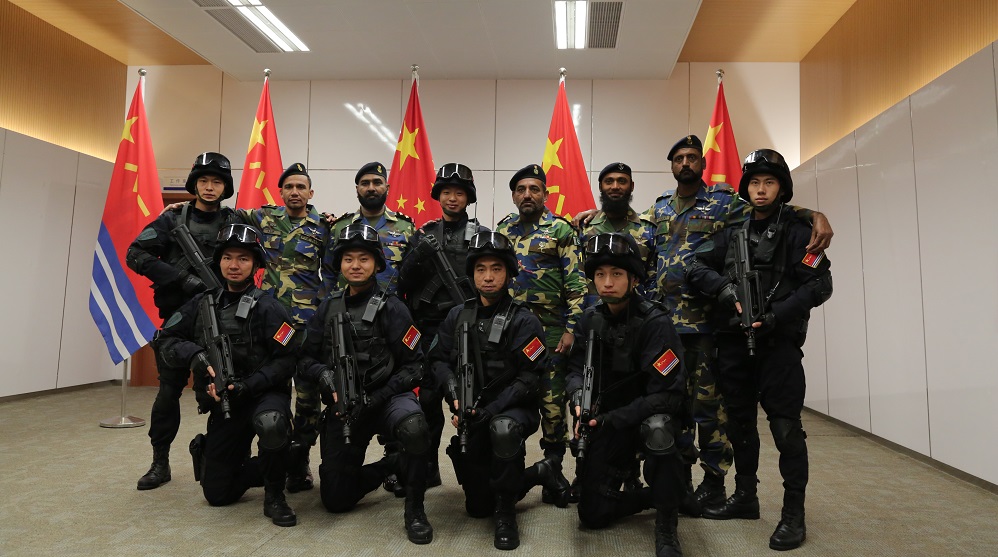 An impressive welcoming ceremony was held where senior officials of Shanghai Naval Base along with Defence Attaché and Naval Attaché of Pakistan received the ship. 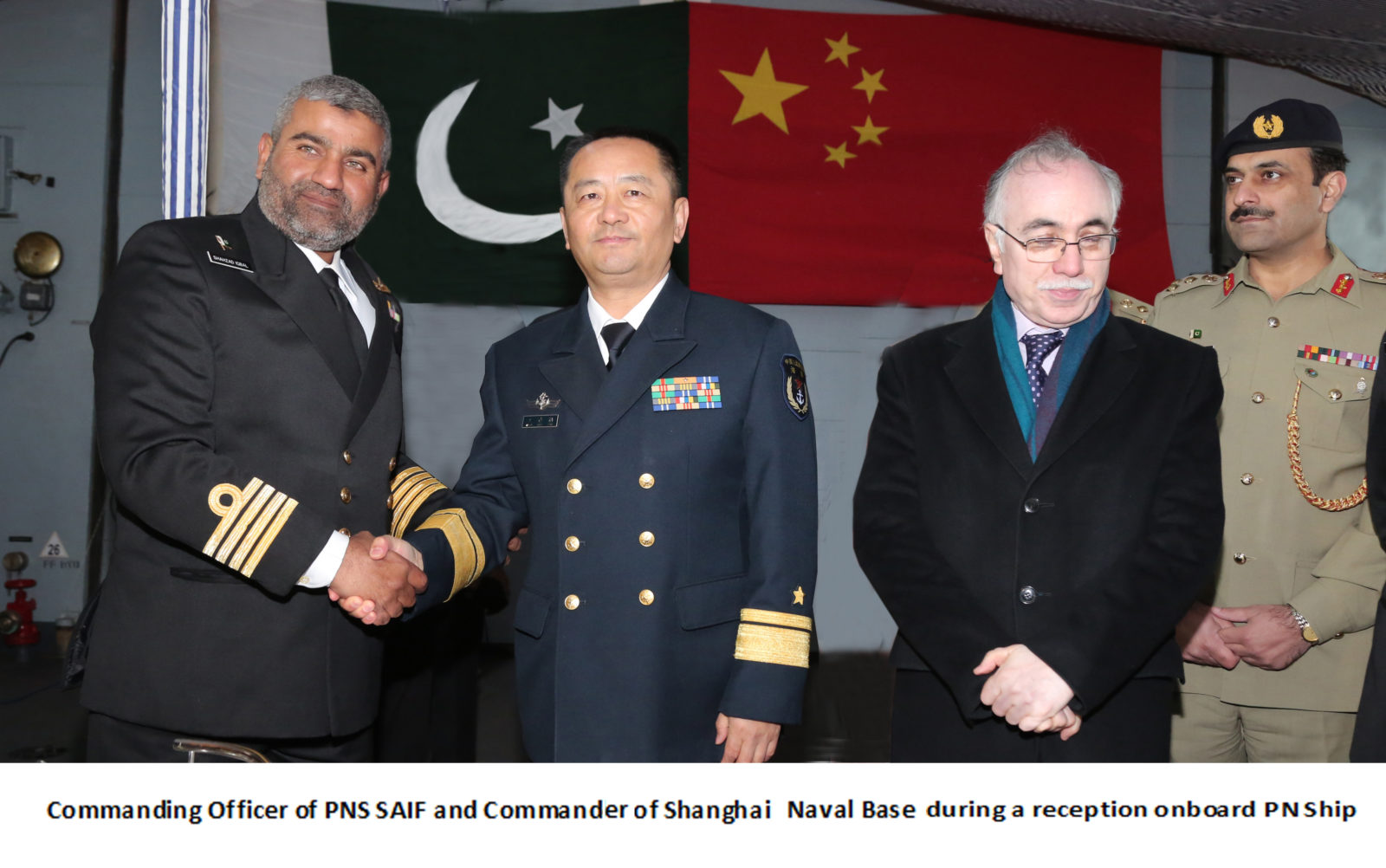 During the stay at the port, the Commanding Officer PNS SAIF called on senior civil/military officials including Mayor of Shanghai, Fan Yufei and Commander of Shanghai Naval Base, Rear Admiral Wang Jianxun.

An overwhelming response from Chinese authorities was received during reception dinner onboard PNS SAIF. Ambassador of Pakistan to China, Masood Khalid, co-hosted the event along with the ship’s Commanding Officer.

A large number of guests representing civil, diplomatic and military communities in Shanghai attended the dinner. 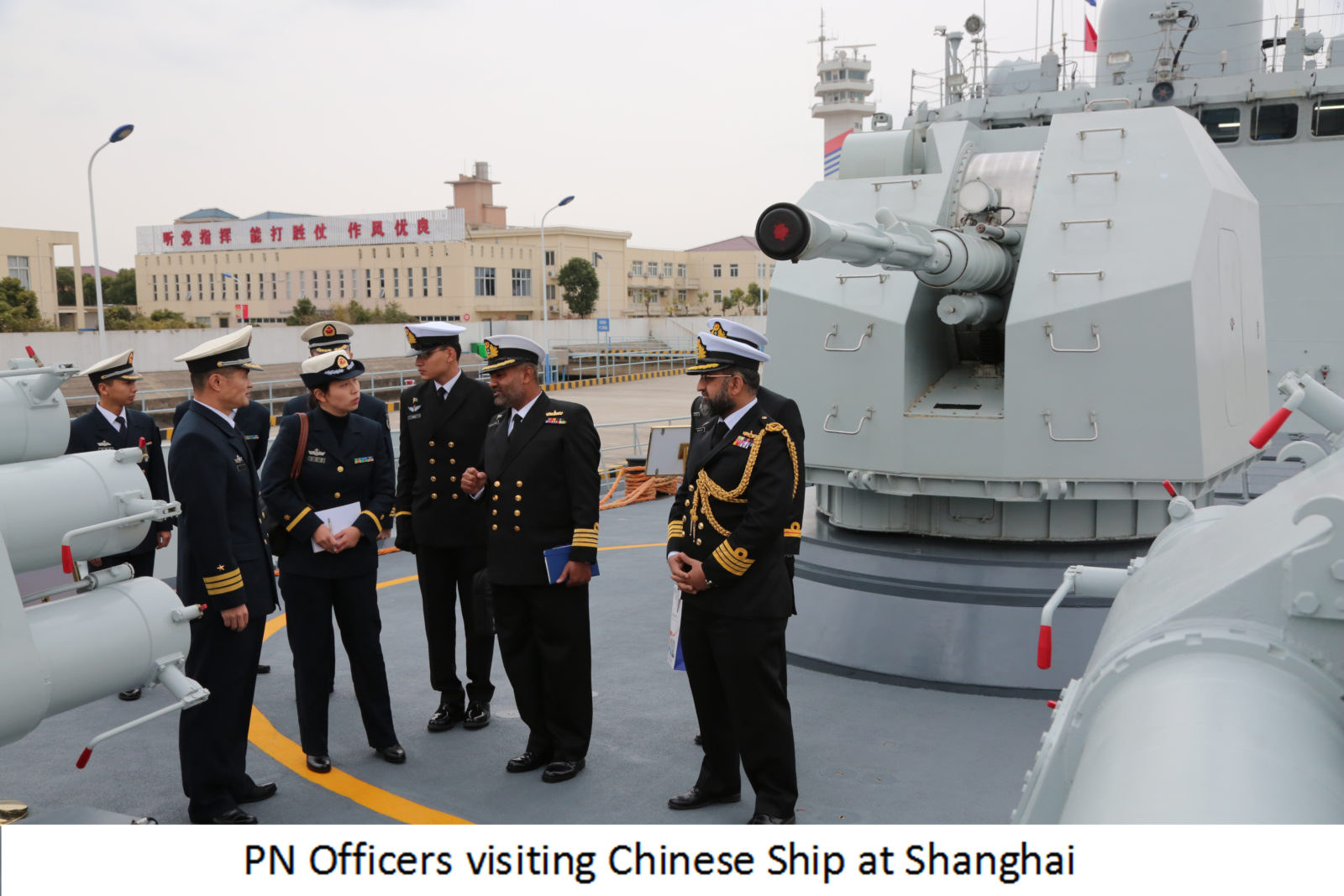 The second exercise of the series was conducted in East China Sea in 2015 whereas both third and fourth exercises were held in beginning and end of 2016 in at the North Arabian Sea.

Now the 5th exercise of the series has been conducted in Chinese waters off Shanghai wherein PNS SAIF and frontline warships of PLA(N), along with air and subsurface assets. participated to carry out joint drills and naval maneuvers to develop interoperability between the two Naval Forces.

Observers from both Navies were also exchanged to learn and benefit from each other’s professional experiences. In addition, Marine teams of both PN and PLA(N) also held joint training and tactical drills. 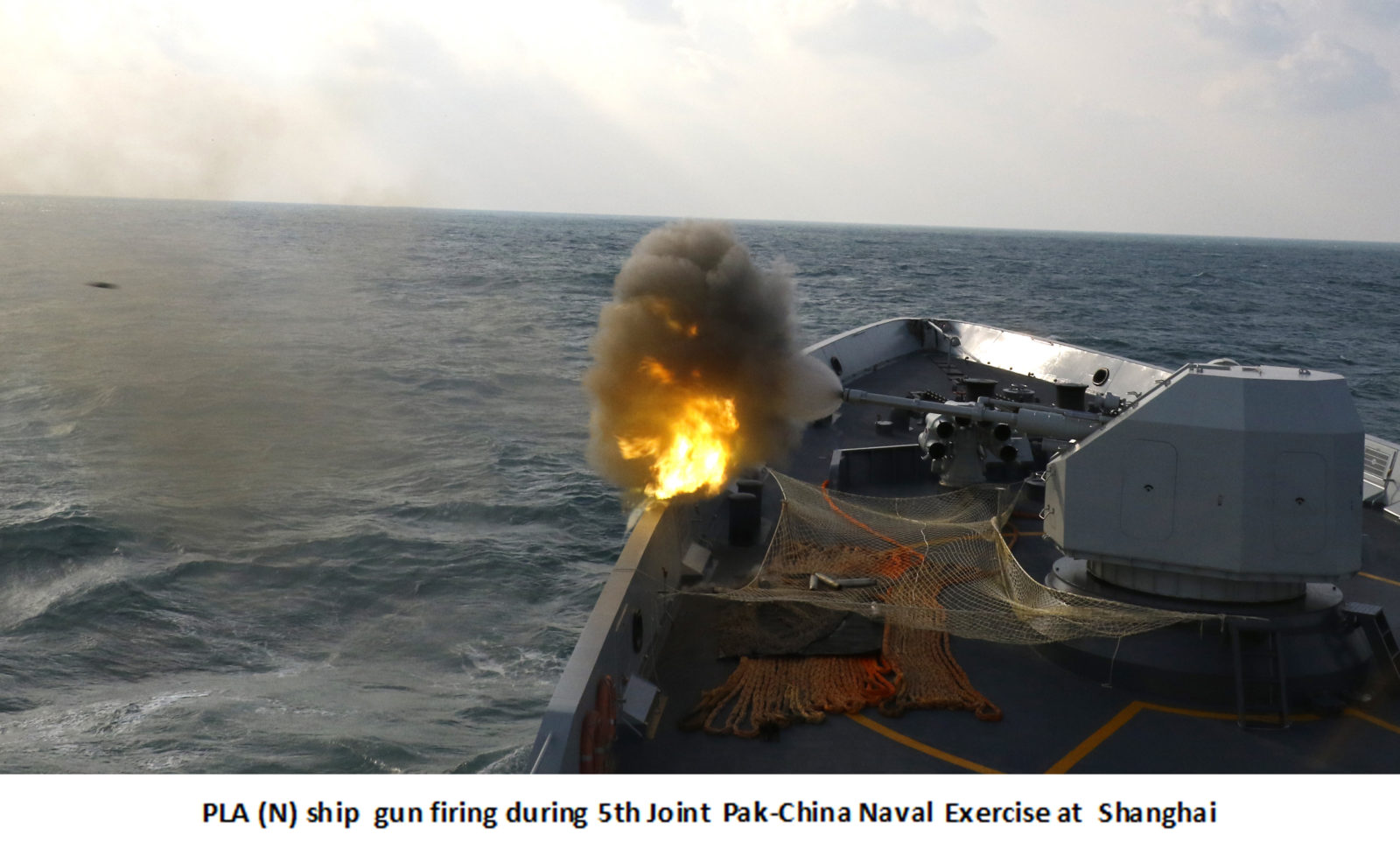 The present visit of PNS SAIF to China and the 5th PN-PLA(N) Bilateral Exercise will further strengthen friendly and professional ties between the two Navies of South-West and Far-East Asia Regions.

The exercise will help in developing combined response by PN & PLA (N) in the face of conventional as well as asymmetric threat to maritime interests of both countries.