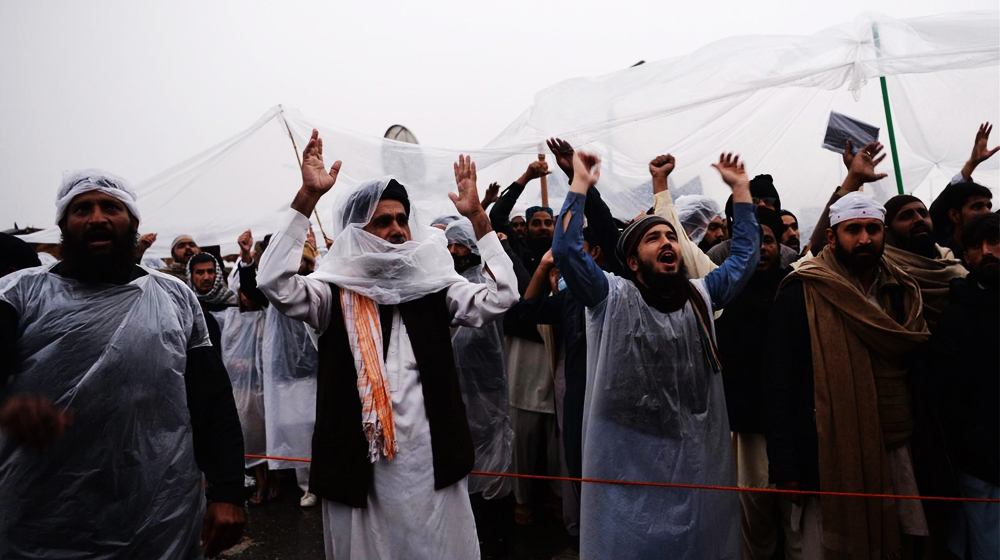 This Monday, leaders and followers of the Jamaat-e-Islami (JI) started their long-march heading straight to the Parliament House in Islamabad’s Red Zone.

The marchers aim to recapitulate their demands to merge FATA with the province, Khyber Pakhtunkhwa (KPK).

Several, significant JI officials and their followers staged a sit-in to protest their demands. They converged at Bab-e-Khyber, Jamrud Tehsil in the Khyber Agency initially. They plan on marching straight to Islamabad and on their way through Peshawar, they will hold several sit-ins at well-known locations including Jamil Chowk in Peshawar to get the media’s attention.

After Peshawar, they’ll protest in Nowshera at the Shobra Chowk. On their route to Faizabad, they are also expected to stage another sit-in at the Khairabad Bridge.

Another Episode of Faizabad Protests

The rally is expected to arrive in Faizabad on December 12th to hold a sit-in. Faizabad is one of the most crowded parts of Rawalpindi/Islamabad so expect the surrounding roads, especially the Expressway and the IJP road to be completely off-limits during the aforementioned period.

The final protest will be staged in Islamabad in front of the Parliament House and according to the officials, it will last at least three days before the government decides to listen to their plea.

Imran Khan, the chairman of the allied political party of the JI, has repeatedly urged the government to merge the tribal FATA with KPK before elections saying that if this doesn’t happen before the elections, FATA will unacceptably have to remain unmerged for another 5 years till the next government.

JI’s Mushtaq Ahmad said that the protest has to go on so the government meets their demands adding that more officials and leaders have been invited to join in the protests because they all share a mutual objective.