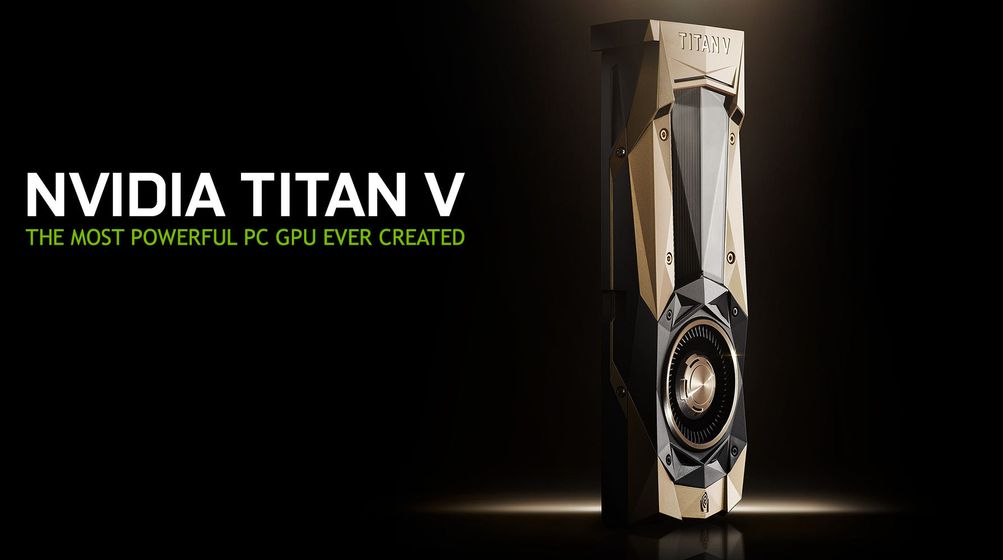 Nvidia has announced its most high-end GPU yet with the launch of the new Titan V. Unlike the previous Titan graphics cards, the new Titan V reaches new heights of performance for those who don’t care about the price.

In terms of sheer power, the card can reach up to 110 TFLOPS (around 9 times more than the Titan Xp), which is just below the 112 TFLOPS of the $10,000 Nvidia Tesla V100. It features 21.1 billion transistors, and is based on the Nvidia Volta architecture. Volta succeeds the previously-used Pascal architecture which was used in most of the GeForce 10-series cards.

There are 5120 CUDA cores, as well as 640 “tensor cores”, which are useful in attaining up to 9 times the deep-learning performance as its predecessor. It has the GV100 GPU of the Tesla V100, with which it shares quite a few of its features including the architecture.

As seen by the first benchmarks, the card provides around 30% more performance in gaming, compared to the GTX 1080 Ti, though that doesn’t do justice to the new Titan V as its not main target market.

The card is built for AI and simulation-focused applications. It comes with a TDP of 250W, which is the same as the older Titan Xp.

Lastly, in terms of price, the card will be available for $2999, which is not the most Nvidia has ever demanded for a card. The card has been put up for sale with immediate effect on the company’s website.