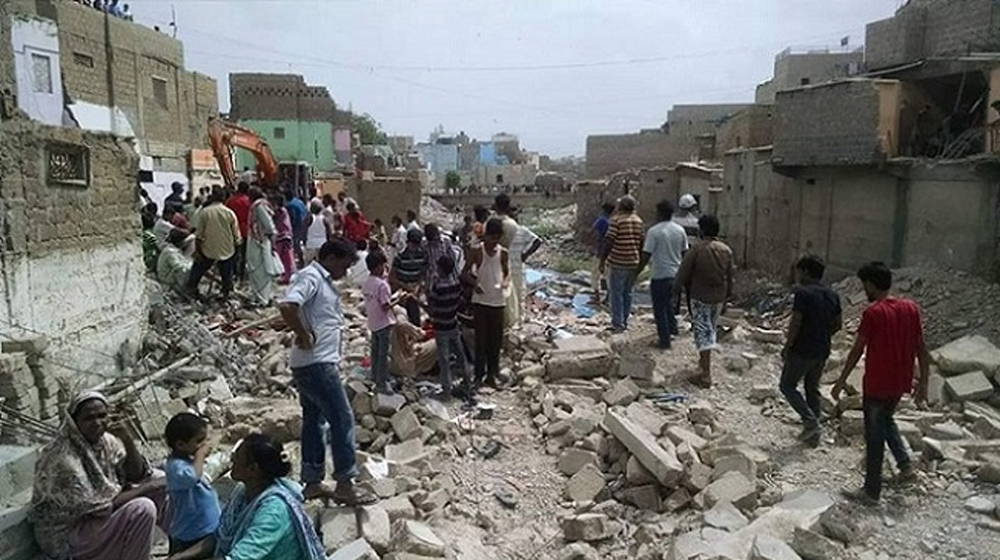 The Supreme Court, after issuing direct orders to clear-out ‘illegal’ properties in Karachi, has put millions of lives at stake.

Years ago, about 30,000 houses were built on illegal land through ‘China-cutting’ and the government did nothing to warn the people moving into their new ‘homes’.

The main problem is that the plots where these houses are built, were acquired illegally under the supervision of the government and were then sold for huge sums to people who had no idea what they were getting into. Shockingly, the people were also given ‘legal’ ownership and the respective legal rights of an owner.

The people who now call these lands their home, share mutual sentiment because illegal or not, these people spent their lives and their hard-earned money building their rightful properties.

Several houses were destroyed in the 4-L area of Surjani Town. The residents had no option but to protest in anger and grief. They blocked roads and to their claim said that they had the documentation to prove their legal ownership of their homes. They were devastated to see their homes – for which they paid a great deal of money – getting destroyed.

The residents are demanding monetary damages or new houses to live in because it’s not even their fault that they were sold whitewashed illegal land. The government should trace the original sellers and hold them accountable for millions of wasted lives instead of going on a rampage. Officials who turned a blind-eye over land mafia’s agenda or were actively part of this whole scheme, also need to be apprehended.