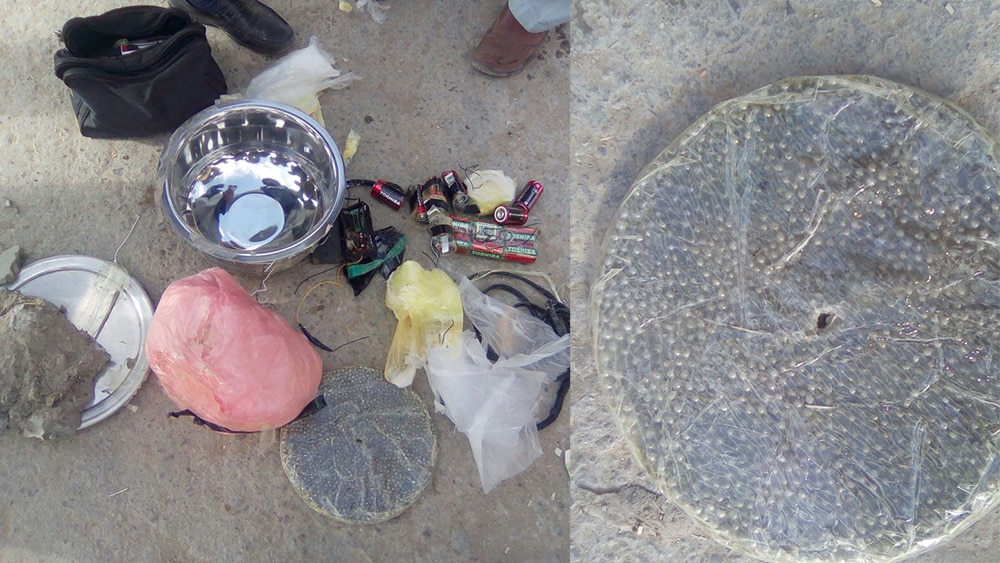 The FC Balochistan claims to have prevented a massive terrorist attack in Quetta as they reportedly seized and successfully defused a bomb weighing 12 kilograms.

According to the forces, a bomb was placed near Quetta Development Authority, Quetta. The patrolling team spotted and neutralized the improvised explosive device (IED).

The bomb carried 12 kilograms of explosives, batteries and ball bearings, and was made in a stewpot.

A Rangers’ official said that it is too early to comment on whether the bomb was intended to target the authority or not. “We will wait till the investigation into the matter is completed,” he said.

Quetta is again under the threat of terrorist activities. With an increasing frequency this year, the Pakistan Taliban has carried out several terrorist attacks in Quetta and other areas of the thinly populated province, presenting a renewed security and citizens’ protection challenges for the government.

Earlier on Sunday, at least 9 people were killed and more than 59 were injured in a blast that was intended to target a church located near Imdad Chowk on Quetta’s Zarghon Road.

Previously, a suicide bomber had blown himself up outside the shrine of Pir Rakhiyal Shah in Jhal Magsi area of Balochistan, in an attack that was later claimed by the Islamic State group.