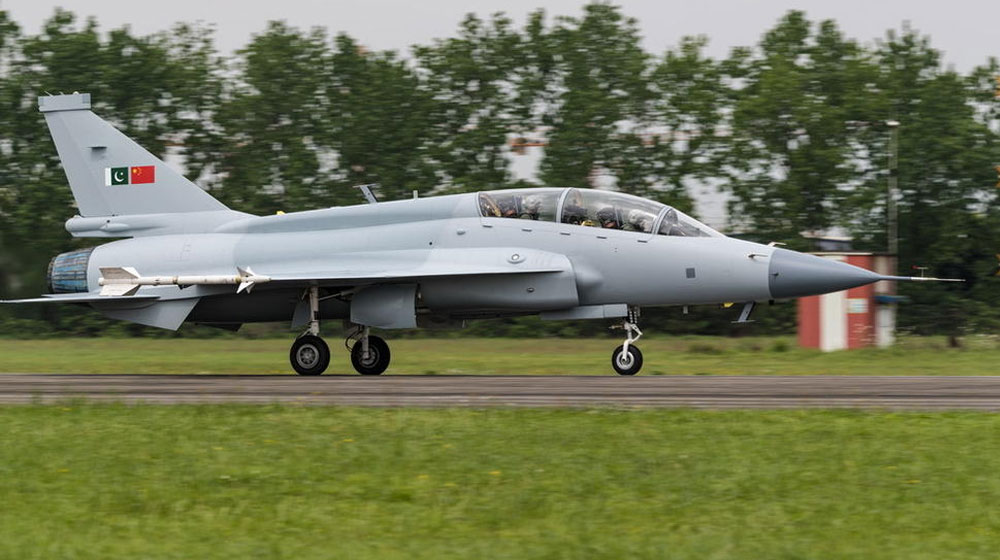 The Pakistan Aeronautical Complex (PAC) has collaborated with Chengdu Aircraft Industry Corporation (CAC) for the development of a twin-seat variant to the JF-17 Thunder: the JF-17 B.

Previously, the fighter craft had been undergoing tests in China. Four days ago, Pakistan Defense Command tweeted a welcome photograph of the twin-seat jet, confirming that it would soon be added to the fleet for the country’s defense.

Because of the collaboration, Pakistan’s expenses were reduced in this expensive project.

These are not the only benefits for Pakistan. Under the workshare agreement, PAC has been responsible for 58% of the development since 2015. This gives Pakistan the ability to rely on local supply chains, which is an applaudable achievement for the PAC.

This addition to the weapon platform might not have had an excessive strain on Pakistan’s defense budget, and is a welcome improvement based on major design changes and combat-driven build.

The JF-17B adds another passenger seat, promises better fuel efficiency and Thrust to Weight Ratio (TWR), and has an improved turbofan engine.

More can be learned about the aircraft’s improved capabilities here.

According to the designer of the jet, the JF-17 B is an important requirement for maintaining a standard in the aeronautical weaponry. The engineer commented that Pakistan already has five operational squadrons of JF17 jets and the B versions are a natural next step.

The JF-17 B has been in high demand by international buyers before it even made its maiden voyage. This is because of the affordability of the plane ($25 to $32 million dollars) in comparison to the Lockheed Martin F-35, which costs roughly $100 million dollars per plane.

Such a major development in the aeronautical industry for Pakistan will surely strengthen aerial defense, and deserves warm congratulations.