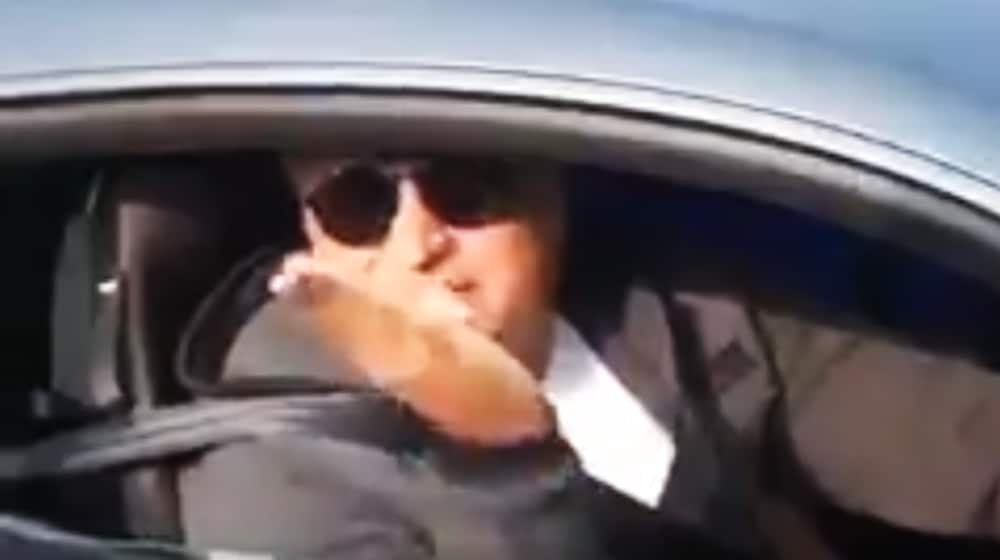 A man in Karachi got pulled over by the police due to reckless driving and instead of admitting his solecism, started raging in anger and is seen screaming at the policemen.

Expectedly, his abusive language was muffled. The policemen’s helplessness is clear in the video and this really shows how the well-heeled VIP’s can influence the Pakistani authorities and do whatever they want.

Man driving expensive Audi pulled over by police in Karachi – goes into a rage accusing the police of saying he was racing (read driving fast) – keeps screaming at the cops who to their credit keep calm and let him go! Should have been arrested! pic.twitter.com/tpszNIr0Lz

The police, probably fearing for their safety and jobs decided to let the well off guy go. The driver didn’t even need to come up with some reason or excuse, the guy was more concerned about his ‘race’ which got interrupted thanks to the police.

It’s a sad state of affairs when such people like these can spit on authority and get away with it while the rest of just watch.

With the VIP’s being the herdsmen, the people are treated like livestock in Pakistan and this incident does not even begin to cover how dreadful the ‘upper-class men’ can be.

For the protection and security of these very reprobates, roads are blocked, hospitals are sealed, schools are closed, while the people, no matter how severe their needs, are completely shut-off.

It’s not even surprising if a person dies because some made-of-money person decides to block roads or institutions for their ease and security. The matter is completely forgotten after the affected parties are offered compensation and damages while the cycle keeps continuing.

The citizen has been identified as Shams-ul-Islam, who is reportedly a lawyer. According to the SSP Javed Akhtar, Shams was stopped during a ‘routine checking in the area to conctrol speeding and incidents of racing in the area.’

The SSP claims that Shams was agitated and started the argument however, Shams denies the allegations. He claims that the police aggravated him by banging his car’s bonnet.

Islam says that he was slowing for a speed breaker already and he was not racing anyone as there was ‘no competitor’ alongside him. He added that the video was one side of the story and does not portray what actually happened.