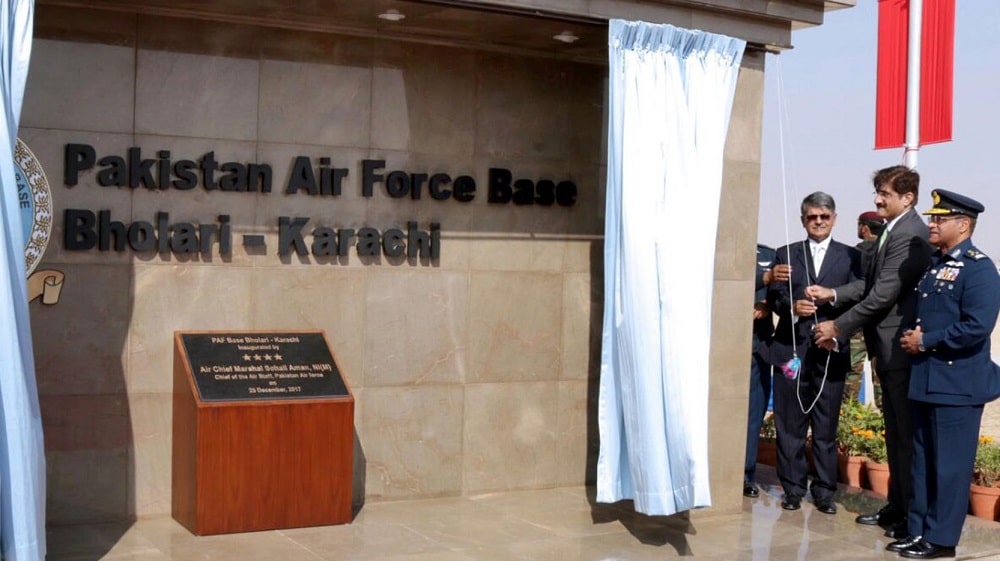 Pakistan Air Force (PAF) has added another air base in a landmark event in its history. PAF Base Bholari district Jamshoro has become operational and was inaugurated recently.

The inauguration ceremony of a newly established main operating base, PAF Base Bholari, was held on December 25th.

PAF says that to show reverence to the father of our nation, this landmark event has been arranged on his birth anniversary. The great Quaid had chalked out a future vision for the PAF, when he directed the PAF rank and file to make it a potent air force, second to none.

Addressing the occasion, Air Chief Sohail Aman highlighted the importance of this new air base in defense of Pakistan, especially Karachi.

“Indeed, PAF Base Bholari is a project of strategic significance for capacity enhancement of Pakistan Air Force in operational domains, both over land as well as at sea. With establishment of the Base, PAF would be able to support the land operations of Pak Army and Navy more efficiently.” said the Air Chief.

“Besides providing aerial defense to the motherland, PAF Base Bholari would also play a key role in socio-economic uplift of the adjoining areas by providing state of the art health services, quality education and employment for the locals.” Sohail Aman Added

The chief guest unveiled the new emblem of the PAF Base Bholari to inaugurate the newly established base.

The Air Chief visited the various newly constructed facilities and infrastructure of the base. He also interacted with the airmen, while visiting flight line of the squadron.

Located in North East of Karachi, PAF Base Bholari is a significant milestone which would not only strengthen the defense of Karachi and its coastline, but also provide aerial support to Pakistan Army and Navy for their land and maritime operations respectively.

The ceremony was attended by Principal Staff Officers of PAF, senior officers of Defense forces and a large number of dignitaries from Government and civil organizations. 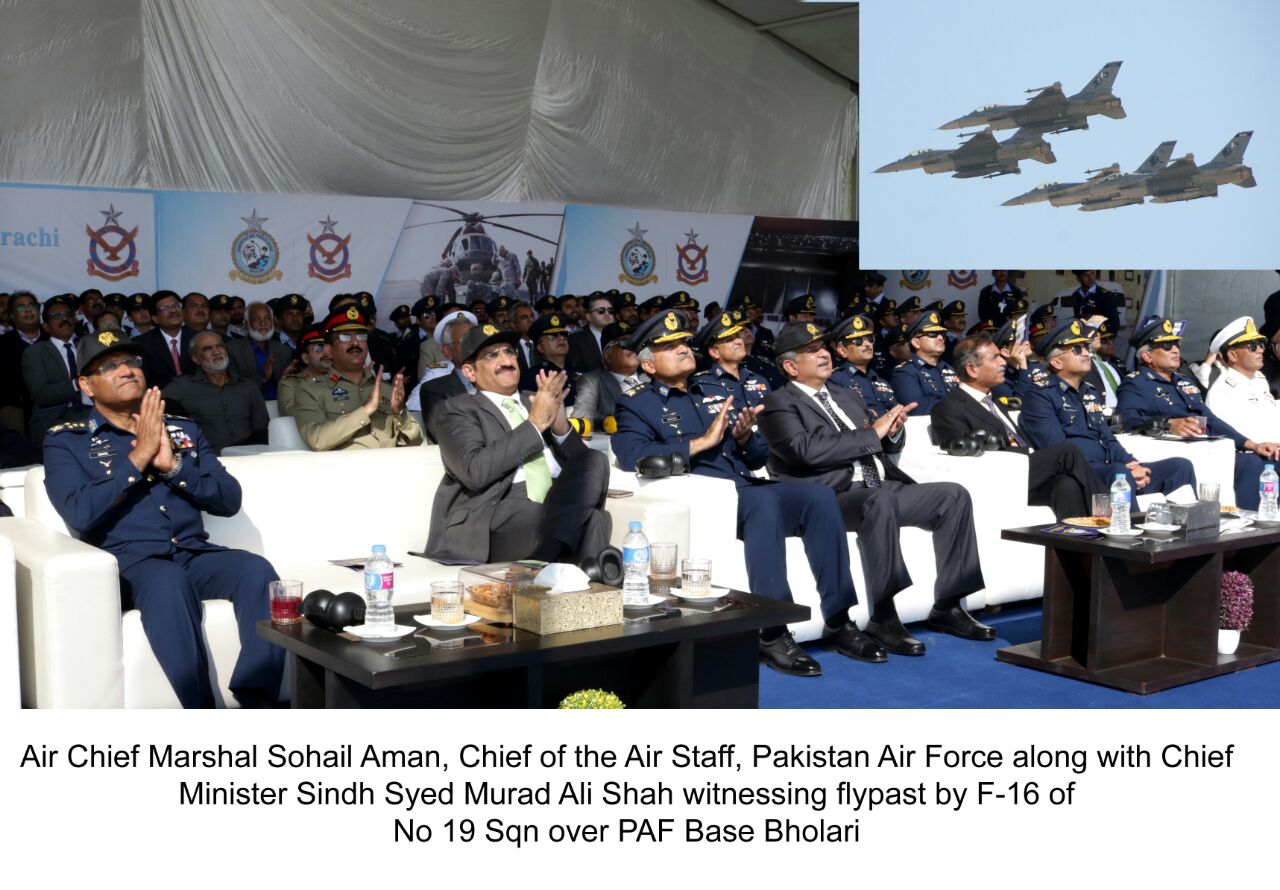 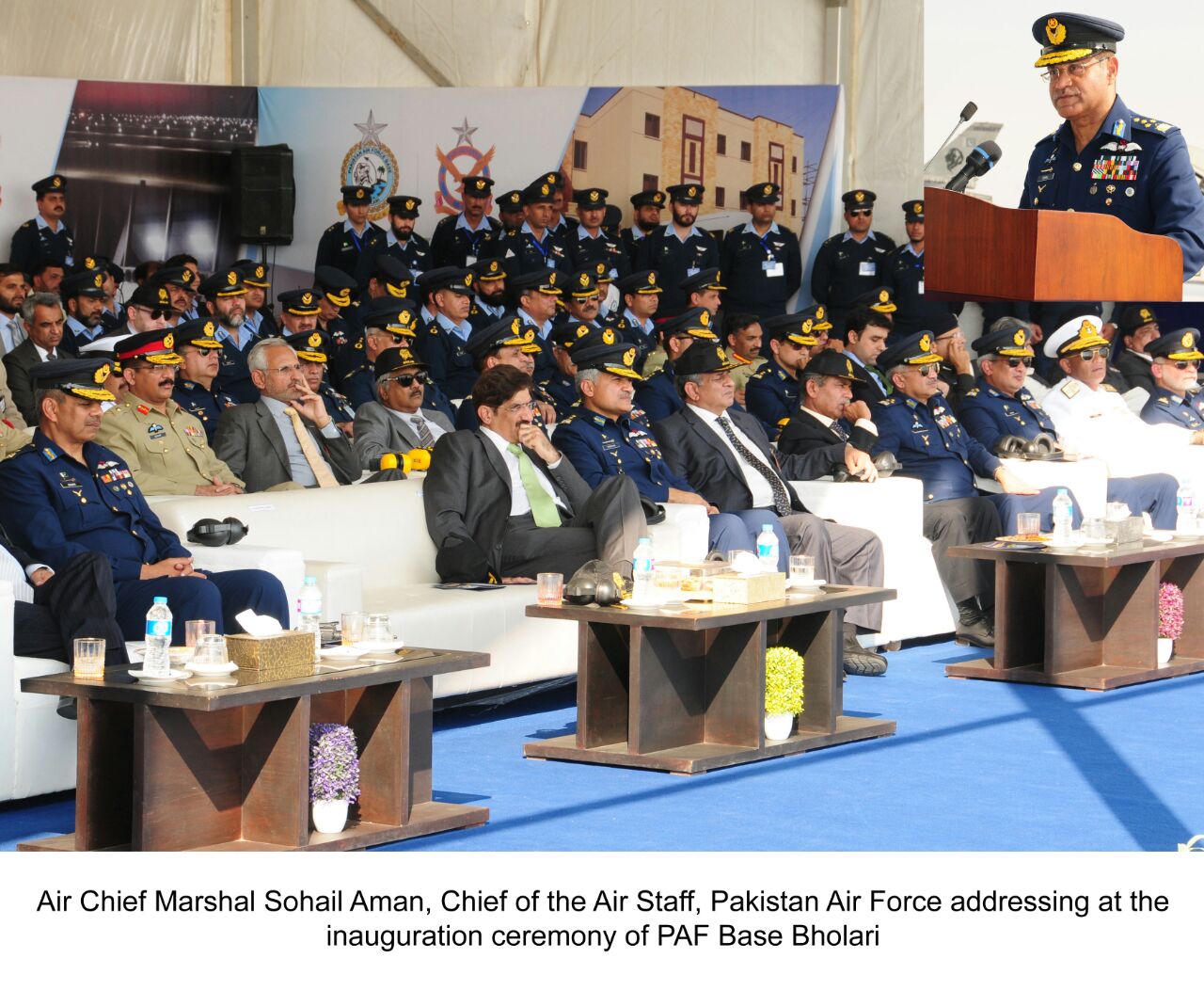 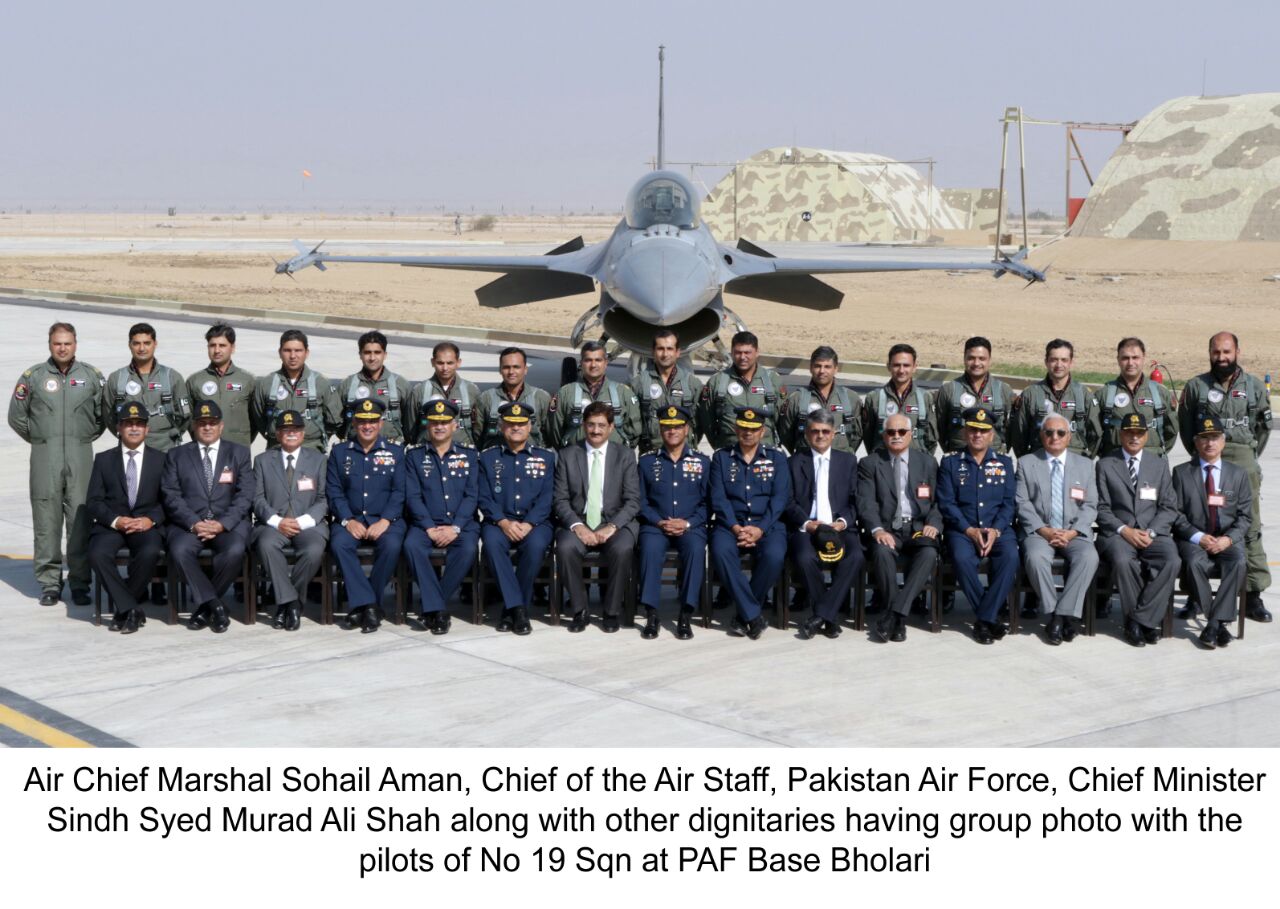