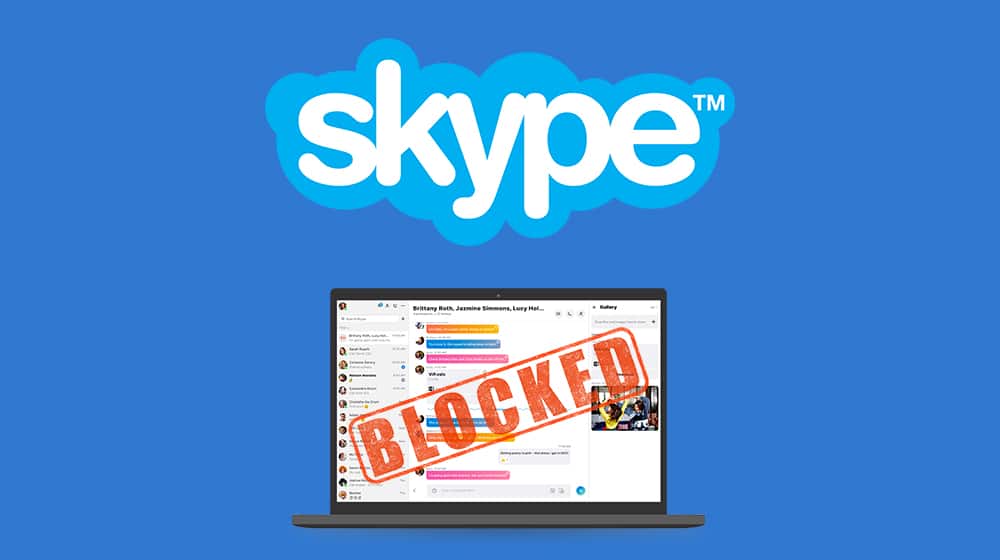 This New Year, UAE residents woke up to some bad news. Popular communication platform Skype has been blocked in the Emirates by two of the major telecom companies operating there.

Both Etisalat and Du, have banned Skype services, citing “unlicensed” Voice over Internet Protocol services. They say that:

Unlicensed Voice over Internet Protocol (VoIP) calls fall under the classification of prohibited content as per UAE Regulatory Framework.

This basically means Skype is now illegal in the UAE.

VoIP is a free alternative to expensive voice and video calls, leading many to believe that’s probably why UAE-based telecom companies have reportedly banned it.

Etisalat and Du are rivals in market but over this issue, both support the stance that they should be paid for voice and video calls.

Here is what they had to say regarding the ban on Skype:

Hi,
The access to the Skype App is blocked since it is providing unlicensed Voice over Internet Protocol (VoIP) Service, which falls under the classification of prohibited contents as per the United Arab Emirates' Regulatory Framework. Thanks

@profamii Hello, Please note that any unauthorized applications or services that are providing VoIP calling services are not supported in UAE. For our Internet Calling offer, please visit: https://t.co/HRMxiwEN73. Thanks

The Skype support page doesn’t offer a lot of support. It says there’s not much to be done, and users should contact their ISP instead.

Of the 70 million expatriate workers in UAE, 1.2 million of them are Pakistanis. The ban on Skype is expected to hit the expat population hard, as the VoIP app remains a popular choice for them to connect with people back home.

Is There A Way Around This Ban?

The VoIP policy is not new, but telecom groups mostly seemed to have missed Skype’s features before. It was the communicating world’s salvation. But now it’s probably gone for good.

There appears to be only one solution for now. Users in UAE can probably use Google Duo for the time being. It’s already been blocked by Du, but you’ll probably get a few days before other providers follow suit.

There are legal ways to make voice and video calls in the UAE – that is, of course, if you’re willing to pay a fee to Du and Etisalat.