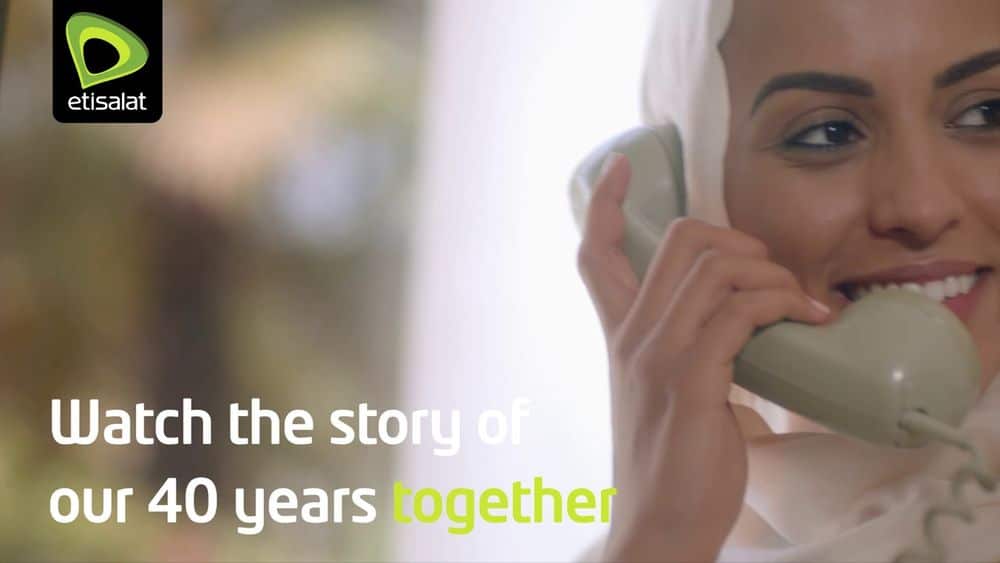 The Etisalat Group, one of the biggest telecom firms globally with operations extending from the Middle East to Southeast Asia, has recently turned 40.

To celebrate its 40th anniversary, Etisalat Group wanted to reaffirm its position not just as a premier telecoms services provider, but also as a lifestyle brand that has changed the lives of its 140 million subscribers for the better across 16 countries.

Enter Etisalat’s ‘Together as One’ Brand Campaign

What better way to celebrate the values, brand ethos and the difference that the Etisalat Group has made in the lives of its subscribers than with an artfully shot and conceived TV Commercial.

The Etisalat Group recently shot and released its first ever group brand thematic campaign highlighting its presence across 16 countries and customer base of 140 million subscribers.

The thematic campaign with the slogan ‘Together as One’, was conceived by a global creative agency “Caviar”.

The video, which features stellar production values, was shot by a famous Australian Director. The TVC goes through the brand’s 40-year-old history, highlighting the change it has brought to the lives of 140 million people across 16 countries.

The TVC starts off by showing UAE in 1976, focusing on a typical Arabian family. It showcases a wife calling her husband, who is out on a project, but still not out of touch with family thanks to the Etisalat’s communication infrastructure in an era when telephones, fax machines and pagers were the primary connectivity tools.

The video jumps to the future, showcasing UAE’s development as a thriving economic hub throughout the years, while keeping family and connectivity as the central idea throughout the TVC.

As the video takes us through the tour of other countries where Etisalat operates, the audience is treated to a recurring thread – how Etisalat brings people together. That’s where the ‘Together as One’ campaign truly excels. Etisalat introduces a unique signature gesture in the shape of the Etisalat logo, symbolizing togetherness which is at the heart of the emotionally charged communication.

Pakistan is also featured prominently in the TVC, with various national landmarks and Pakistani citizens symbolically portrayed ‘Together as One’. On that level, the messaging of the brand succeeds.

Etisalat’s new media campaign is going viral. The TVC has already racked up nearly 600,000 hits ever since its debut a few hours ago.

The Etisalat story is not just a story of a company, rather it is a story of millions of people brought together the way it’s meant to be.