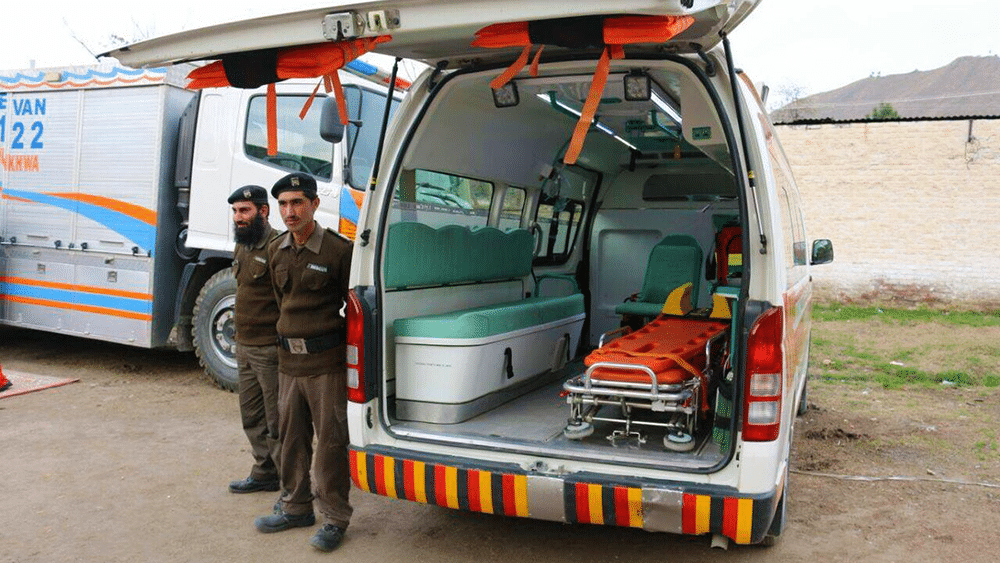 Pakistanis have the lucrative tendency to dial random phone numbers and utter nonsensical wish-wash for the sole purpose of delight.

While we beg people to please – please! – don’t dial KFC helpline to ask for McDonald’s phone number, some of our friends in Khyber Pakhtunkhwa have gone one step further.

Rescue helplines are the most vulnerable targets for pranking teenagers in every part of the world — and Pakistan is no exception.

A tweet by Iftikhar Firdous, a popular journalist, exposed these pranksters, giggling helplessly at their absurdities, to the world.

Out of 2.6 million phone calls that KP Rescue Helpline received in 2017, more than a million were from people who were either bored or hungry (which is quite often the same thing).

The Recue Service in KP received 2.6 Million phone calls in 2017 of which more than a Million were prank calls – of which 2 subjects were dominant.
1) can you deliver Pizza ?
2) I am bored please entertain me!

We can only imagine a respectable-looking official receiving the phone call – full of energy and well intentions – only to slowly replace the receiver feeling like a fast food chain waiter (fast food chains don’t even have waiters).Of course, we don’t mean to offend waiters anywhere, they contribute valuably to society, and must carry on.

On a serious note, these helplines are meant to save people, and keeping the staff engaged in such useless absurdities is similar to inhumane criminal behavior. If someone can’t get the help they need and suffer any type of loss because the lines were busy, the blame goes to every person who thought they were having fun calling the helpline to joke around.