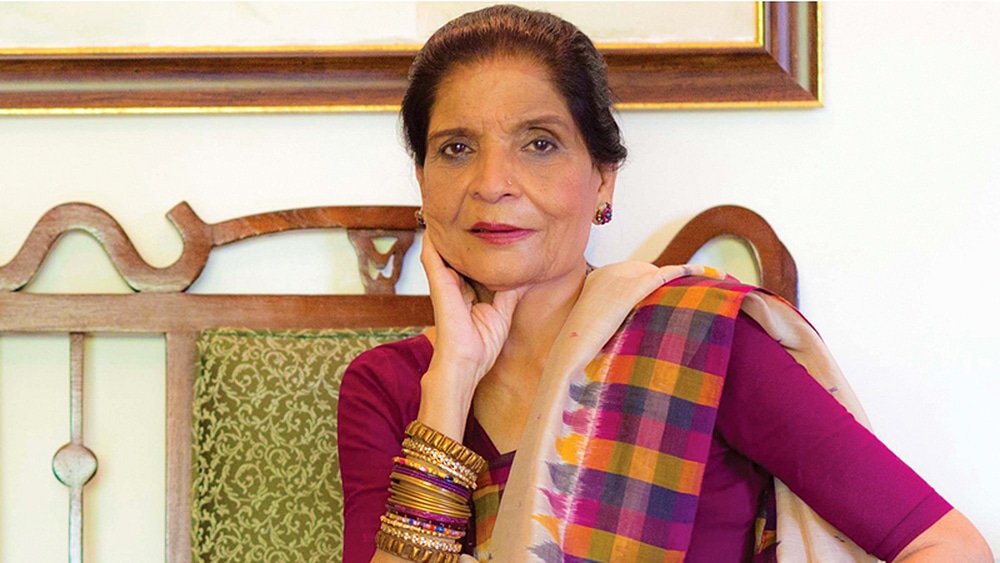 A tribute to the great Zubaida Aapa

The heart-wrenching news was confirmed by her brother, Anwar Maqsood, adding that she was unwell for quite some time. She was also suffering from Parkinson’s disease, which had an effect on many parts of her life.

The funeral prayers of legendary TV celebrity, who was famous for her handy culinary and housekeeping hints, will be performed at Sultan Mosque in the Karachi’s Defense area after the Friday prayers.

We take a look at her life, her showbiz career, and numerous other achievements as we remember her today.

Zubaida Tariq made her TV debut in 1996 in her 50s. Her first cooking show — Dalda Ka Dastarkhwan — soon went viral and became a widely popular evening engagement for millions of TV viewers in Pakistan and abroad.

Everyone, from Pakistani politicians to showbiz stars and cricket players, was saddened by her passing. Some of them paid rich tributes to her on Twitter.

Sad to hear of the passing of Zubaida Apa – she introduced our rich culinary traditions to younger generations. She leaves a void that will be difficult to fill.

Deeply saddened by the news of passing away of renowned chef & a great human being Zubaida Apa. She was a household name, thanks to her amazing expertise in cooking. May Allah Almighty bless her soul in peace and grant patience to her family!

Saddened to learn about Zubaida Apa's death. My deepest condolences to her brother Anwar Maqsood and her family. May Allah bless the departed soul

Grieved to hear of the demise of #ZubaidaApa
Prayers for her and her family.

A treasure trove of household tips and cooking, she leaves behind a gaping void. pic.twitter.com/aIqPfjG7M9

Extremely sad to hear about the passing away of Zubaida Appa….prayers for the departed soul…a household motherly figure who will be missed a lot. #ZubaidaAapa

Known her since I was a little girl.. she was all heart, always. Rest In Peace Zubaida Khala.

Zubaida Aapa u were such a motherly soul. Will always remember ur kindness, genuineness and simplicity.

May Allah grant her highest place in Jannah. Ameen pic.twitter.com/USu0d7zwa1

Sad to hear of the passing of Zubaida Apa – she’s was most inspirational & loved personality ever may GOD bless her soul ..

Saddened to hear about Zubaida Apa.. still remember my mother watching her cooking shows and listening to apas totkas that always worked. May Allah grant her Jannah.

Zubaida Tariq was born on 4 April 1945 in Hyderabad Deccan, India. She got settled in Karachi when her family migrated to Pakistan in 1947.

Zubaida had five older sisters and 4 brothers. She got married to her first cousin Tariq Maqsood. She left two children, a daughter Saba Tariq and a son Hussain Tariq, behind her.