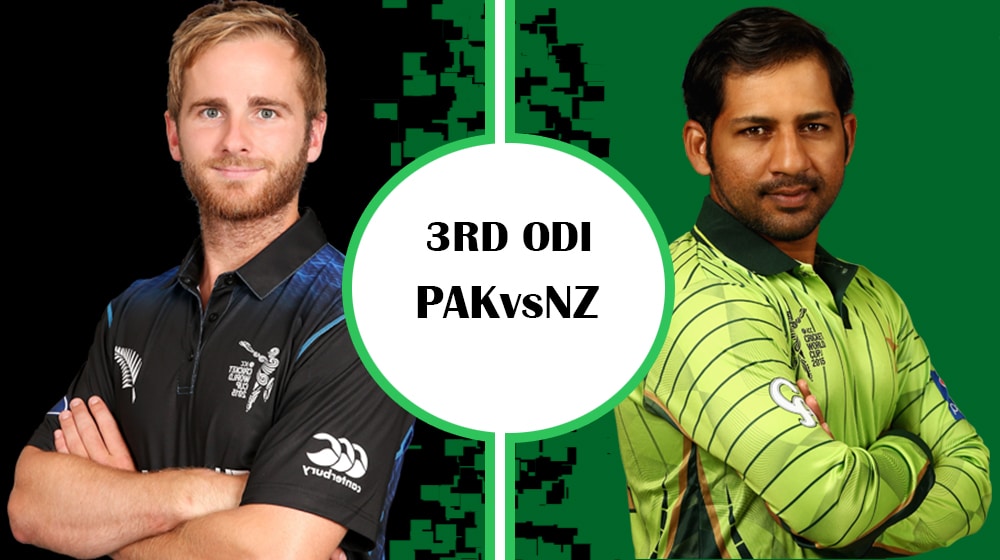 Do or die for Pakistan as the Green Shirts are set to face Black Caps to have any chance of winning the series. New Zealand won the first two ODIs with ease thrashing Pakistan by huge margins in both matches. Pakistan will be looking for a victory in the third match to keep the series and their hopes alive.

Pakistan is yet to get to their best in all three departments of cricket. Having shown poor displays in batting, bowling and fielding, Pakistan is hoping to turn things around in the 3rd ODI.

Venue: University Oval, Dunedin will host the match. Rain might again interrupt the play as per the forecast. Pitch at this ground seems slow with a lot of grass. Spinners will get help from the slow track however overcast conditions mean fast bowlers will see some swing.

Television: PTV Sports will be broadcasting the match live for Pakistani viewers.

New Zealand have the upper hand as they are unbeaten in the series so far. So a change isn’t expected from them as they will continue fielding the same lineup as the first two matches. Pakistan on the other have put a dismal performance and a couple of changes might prove handy for the visitors.

Fakhar Zaman might make a comeback from injury to replace Imam ul Haq. Rumman Raees might also lose his place Amir Yamin. Among the seniors, Shoaib Malik might also be dropped for 3rd match considering his poor display during the series. Here is the probable XI that Pakistan might field in the match.

New Zealand again will enter the match with high hopes of thrashing Pakistan again and claim the series win.

Head-to-head Pakistan have got better off New Zealand 53 times. Black Caps on the other hand have won 44 against Green Shirts out of 100 matches played between them. One match ended as a tie and two were no results.

Considering the recent run of events between team New Zealand have a huge edge, Pakistan is yet to win a series in New Zealand since 2011. That was also the last time Pakistan won an ODI against them at their home.

New Zealand are on a dream run as they have won last 9 nine matches consecutively across all formats. If they win this one, they will stretch the streak to 10 matches equaling their own record.