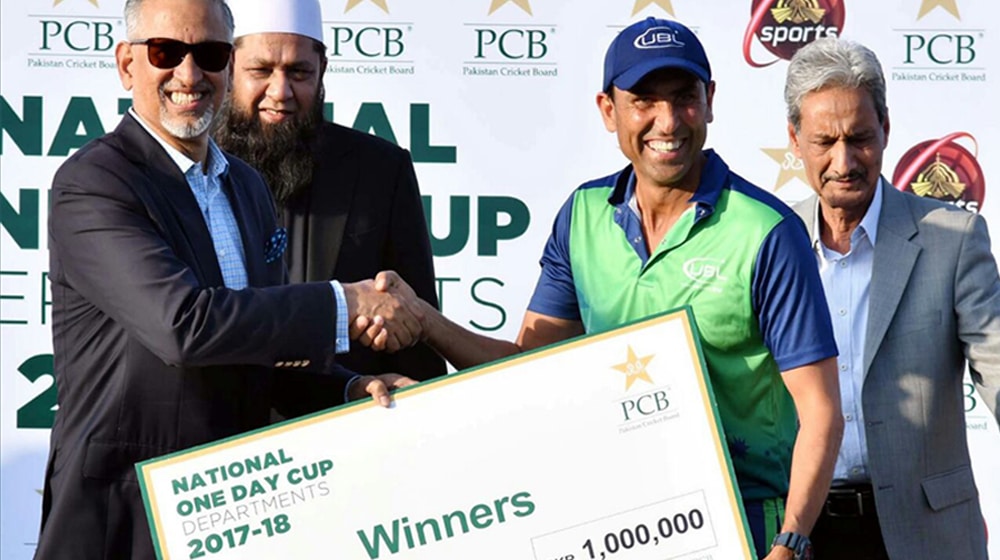 UBL captain, Younis Khan, elected to field at the home ground after winning the toss. In response, WAPDA were bowled out for 218 runs.

Salman Butt and co. failed to make an impressive start to the game and crumbled early on. WAPDA were 113 for 7 at one point but thanks to some responsible batting from Wahab Riaz and Khalid Usman, the total reached over 200.

Wahab and Khalid put a strong partnership; the former managed 53 runs from 46 balls (2 sixes, 4 fours) whereas the latter scored 43 runs.

UBL had a straightforward task of chasing down a relatively small total. The task was made simpler with half centuries from Shoaib Masood and Sohaib Maqsood.

Younis Khan and Saad Ali closed the innings and reached the target with 42 balls to spare with loss of just four wickets.

Saad made 42 runs whereas Younis scored an unbeaten 33.

Khalid Usman took three wickets but it was not enough to stop UBL from chasing down the total.

It was total team effort, I won’t take credit for this. Shan Masood and Umar Akmal played well throughout the tournament and proved their mettle.

Batsman of the Tournament — Shan Masood.

Bowler of the Tournament — Sadaf Hussain.