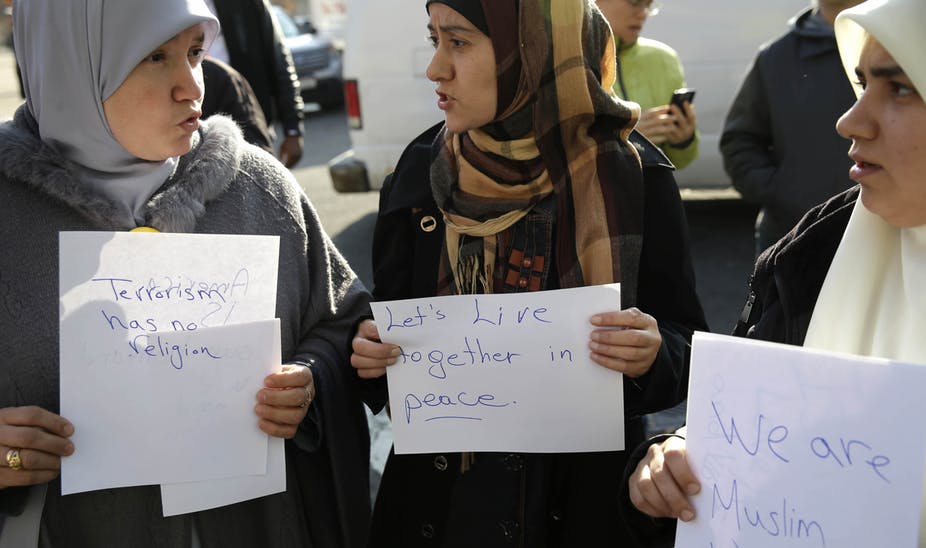 Numbers prove the rise of Islamophobia in the United States.

The number of hate crimes against Muslims in the U.S. has surpassed 2001 levels – the year when the World Trade Center was attacked. Discrimination and racial prejudice rose significantly after 2015, and reached alarming heights in 2016.

According to a report published by the Pew Research Center, 127 assault cases against American Muslims were recorded in 2016. The number was at 91 in 2015, dangerously close to 93 in 2001. The most common form of hate crime towards Muslims in the country is intimidation — reasonable fear of bodily harm. Of this, 126 cases were reported in 2015 — and the number rose to 144 in 2016. It is still nowhere close to 296 reported victims in year 2001, but is at least half the number. 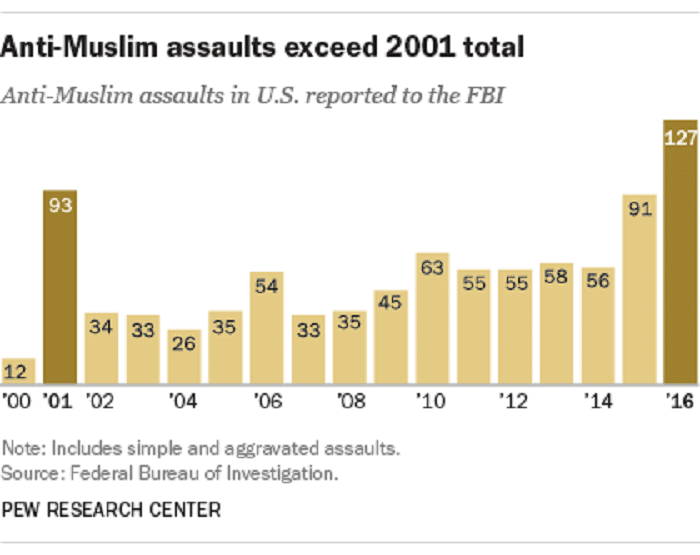 Pew research Center obtained this data from the FBI, which collects cases from fifteen thousand law enforcement groups that give up information voluntarily. This suggests that some data might be amiss. However, it does point out that there is a credible source of fear amid Muslim communities in the United States.

The rise of Islamophobia has made it difficult for most Muslims to survive in the U.S.

According to a survey in 2017, 75% Muslim Americans said there was a lot of discrimination against Muslims in the U.S. — and 69% of the general public shared the opinion. 50% said it has become more difficult for Muslims to live in America over the past few years, and 10% attribute this to racial hatred and discrimination. 23% Muslim Americans say it is the primary issue with being a Muslim in America.

These reports, although based on small samples, make elaborate the status of religious intolerance in the United States. It is not just against Muslims, either. Data highlights massive hate towards Jews in the U.S. — and even Protestant Christians.

Overall, it appears that idea of mutual coexistence is growing dim. Is clash of civilizations coming true?