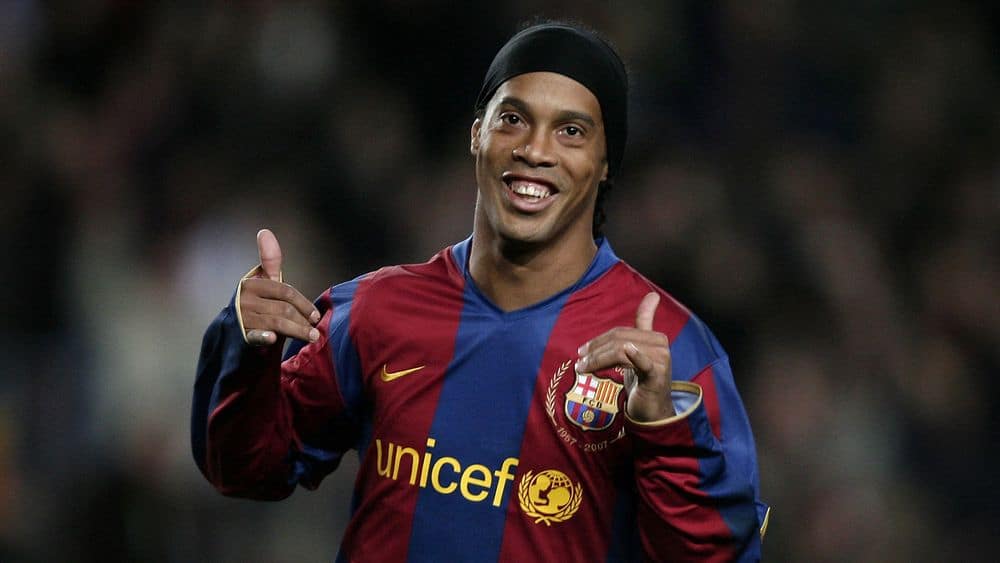 One of the greatest footballers of his generation and probably all time, Ronaldinho, has announced that he will be hanging up his boots, according to his brother and agent.

The ever-smiling magician had an illustrious career at Europe’s top clubs where he single-handedly turned things around.

The Brazilian wizard has announced to retire from football according to his agent and brother. Barca’s legendary prodigy will surely leave a void that will be hard to fill.

Ronaldinho spent his footballing days at eight different clubs. However his rather long-term spells at Barca, PSG and Milan earned him the fame he has now. The Brazilian legend started off his youth and early first team career at Gremio.

He played mostly as an attacking midfielder but also switched to wings in games. After having a good spell at Gremio (1998-2001) bagging 21 goals in 52 appearances, Ronaldinho caught the eye of French club Paris Saint Germain. He spent two good years at PSG from 2001-2003 but later fell out with the manager and decided to look for other clubs.

Real Madrid signed David Beckham during the 2003 window. Barca had to respond and they responded well with the signing of extraordinary Ronaldinho. The Brazilian had an instant impact at Barca. They were struggling in la liga, he came and made them the footballing powerhouse that they are now. He even received a standing ovation at Santiago Bernabeu from arch rivals Real Madrid fans after his out-of-the-world performance against The Whites.

Ronaldinho didn’t have a fairy tale ending at Barca. He lost focus and sometimes discipline mostly because of his injury-hit last two years at the club. He left Barca for Milan in 2008 to have a taste of Italian football. Every rise has a fall, after spending two and a half seasons at Milan, Ronaldinho announced to go back to his home country. He joined Brazilian club Flamengo and made 33 appearances scoring 15 goals in the year that he spent there.

The Brazilian great made a total of 441 appearances and scored 167 goals.

Ronaldinho Guacho was an ace with his national team. The Seleção won 1999 Copa America title, 2002 world cup, Confederations Cup in 2005 and bronze in 2008 Olympics with Ronaldinho being part of the squad. He captained Brazil to the Confederations Cup glory in 2005 and was named man of the match in the final. The footballing icon played his last match for Brazil in 2013 scoring 33 goals in 97 appearances for The Green and Yellow team.

Ronaldinho won every major trophy during his career including Champions League and World Cup and is one of very few players to do so. Who can forget his no-look passes, overhead bicycle kick against Villarreal, long-range screamer to kick England out of 2005 world cup and the magnificent goal against The Blues at Stamford Bridge in 2005.

Ronaldinho will forever be remembered for what he brought to football at his prime. His brother says that farewell matches for the legend will be played after 2018 world cup in August.