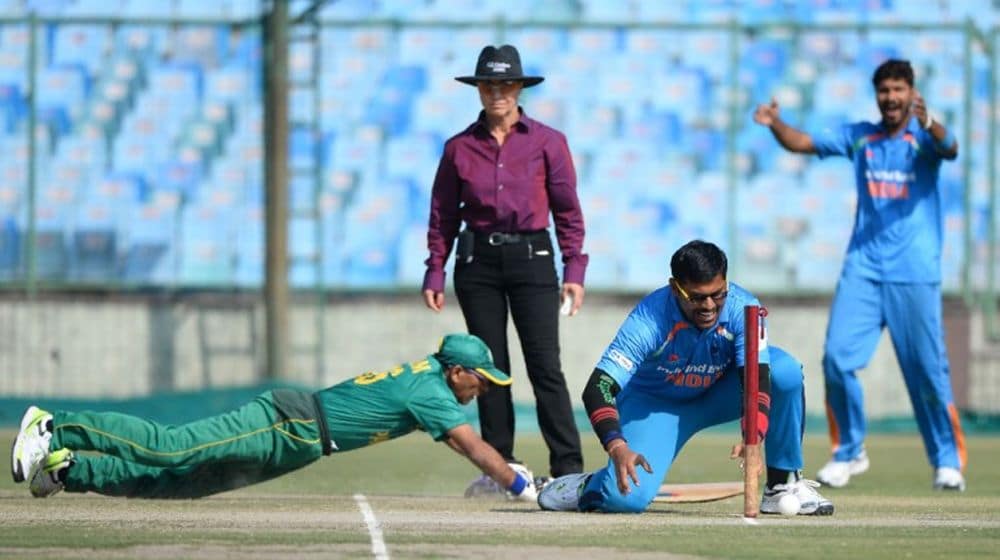 Six teams participated in the Blind World Cup and became an example by showing that limitation is only a state of mind.

The World Cup was originally supposed to take place in Pakistan however, the venue was then changed due to lack of sportsmanship from Indian authorities.

Indians representatives refused to let their team travel to Pakistan to play the World Cup and because of that, UAE was chosen as a neutral venue.

The 563-4 also became the highest total by any team scored in a Blind Cricket World Cup game.

Pakistan enjoyed a good run during the whole tournament, losing only one match before final to India.

Pakistan team also hammered Australia by a mighty 394 runs defending a huge total of 563 that they scored in 40 overs.

Pakistan marched or rather stormed into the final beating Sri Lanka by 156 runs. The team also put on a good show in the final versus arch-rivals India. The men in Blue won the toss asking Pakistan to bat first.

The Green Team scored good runs posting a total of 308 runs at the expense of 8 wickets in the assigned 40 overs.

Indians started off well in response to a fair target put up the Pakistani team. Their openers gave India a flying start keeping run rate at 10-an-over for a few overs. Ramesh from India scored 93 runs off just 67 balls to guide India to victory.

Pakistan vs India is never short of drama and a one sided event. During the latter stages of match, India lost three wickets quickly to give Pakistan hope. However at the end India reached the target with an over and two wickets to spare.

India successfully defended the title clinching their second World Cup. Both teams now have equal number of world cup titles among them.

Despite losing the final, Pakistan team showed great spirit, attitude and fight during the whole tournament.