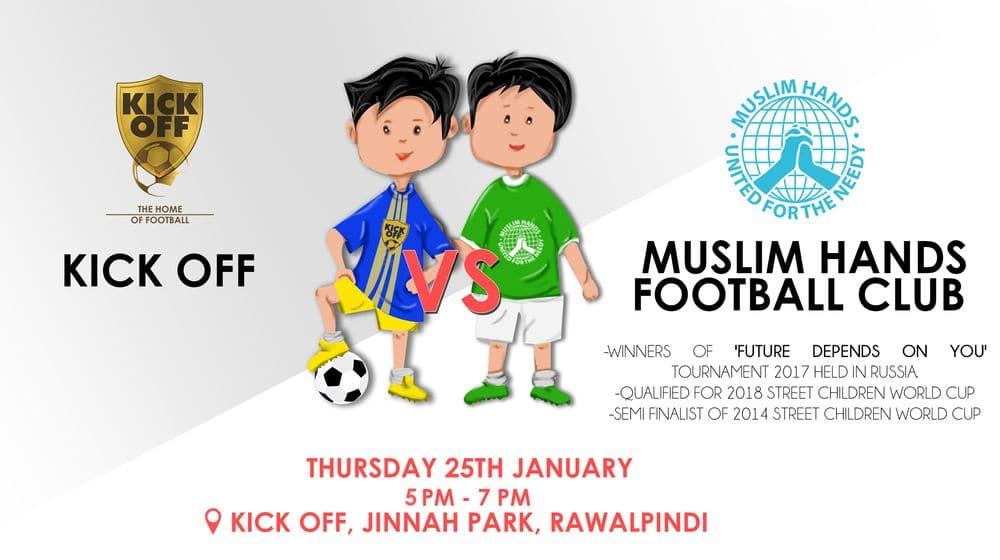 Since the collaboration of Cnext International and Sportsfever360 to formulate one of the best futsal fields in Pakistan, Kickoff has been making efforts not only to promote football in Pakistan but has also established academies at many levels.

The efforts of Kickoff are not only limited to men’s football but the organization has also taken an initiative to promote football among women and for that, the academies for women will be operational from next month.

There’s no doubt that passion for football is increasing in Pakistan with each passing day and as a nation it is our moral obligation to support our young heroes who have made Pakistan proud at the international level.

Team Kick Off has announced to host the Pakistan team which has qualified for 2018 Fifa Street Children World Cup.

On their way to the victory, team Pakistan won against India, Brazil and Russia (the host nation itself), not to forget that the team defeated India by 15 – 0.

The junior and senior group of teams from Mauritius and Pakistan won the tournament and have now qualified for the Street Children World Cup 2018.

The tournament, which took place in Moscow on the 25th and 28th October in the Lokomotiv indoor stadium, had 11 teams participating from countries including:

Teams of 11 players consisting of girls and boys aged 12-15 took part in the tournament.

Pakistani children from the Muslim Hand FC team won the final match against Russia, Smolensk-based Galaktika team in a dramatic series of penalties.

In the last World Cup, back in 2014, the team fell to Burundi 3-4 in a nail-biting semi-final, which they led 3-1 after the first half. Though they could not win it back then but their performance was nothing short of exceptional.

The event to honor these extraordinary talented kids will be held on 25th Thursday between 3pm and 7pm on Kickoff Field in Jinnah Park, Rawalpindi.

Muslim Football Club will also play  a friendly match against the KickOff team.

Team Kickoff has been very active in initiating different initiatives for the growth and promotion of the game and have recently launched first of its kind League based Futsal tournament as well in which teams will compete with each other in proper league format .

Further details on registrations in league can be seen on Kickoff & Sportsfever360 Official Facebook Page.

For more details on Kickoff, you can email at [email protected]