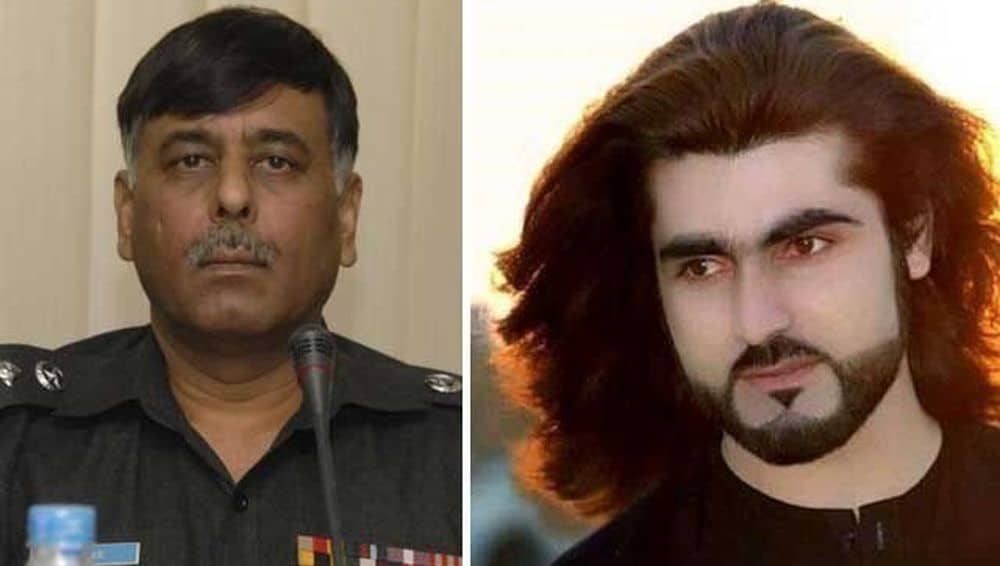 The suspended Senior Superintendent Police (SSP) Malir, who was offloaded from his flight Emirates 615 while trying to flee to Dubai is yet again facing the heat for holding an Iqama for United Arab Emirates (UAE).

The former SSP’s name had also been included in the Exit Control List as directed by the Supreme Court of Pakistan. Earlier, Rao Anwar had failed to report to the Inspector General’s office, in an attempt to avoid facing the probe committee formed to investigate the extrajudicial killing of the 27-year-old Naqibullah Mehsud from South Waziristan.

Prior to his attempt to flee, Rao made a brief TV appearance as well, claiming that he wasn’t hiding and that reports of him not appearing in front of the inquiry committee were false.

No Police officer is entitled to keep an Iqama for any other country. The Federal Investigation Agency (FIA) revealed that Rao Anwar had an Iqama for UAE under the name of Anwar Ahmed Khan, with validity from October 9, 2017, to October 8, 2018.

The matter has received quite a bit of traction over the social media with everyone sharing the news and bashing the former police officer for illegally possessing an Iqama.

Iqama a crime for police but for Ministers? "Suspended SSP in hot water on account of having the ‘Iqama’ which he was not entitled to obtain as a government employee.

“No police officer in general is allowed to have iqama.." #IqamaTheCrime…https://t.co/BHL2t4acKK

The perks of being under the protection of political parties.

Rao Anwar he was not entitled to obtain as a government employee. No police officer in general can have an iqama.
The country seems on rent to other nations.https://t.co/aZ0lqk1Oqk

All thanks to the FIA.

the law enforcement agency discovered ‘Iqama’ or ‘Residence’ of UAE from him which had been issued on the name… https://t.co/n9Q7fvc3wT

SSP Malir Rao Anwar whose name has also been placed on the Exit Control List (by the Ministry of Interior after the directives of the Supreme Court of Pakistan, also holds an Iqama of the United Arab Emirates (UAE) it has been learnt on Tuesday.https://t.co/qVhpiaXNWf

Hopefully, the law enforcement agencies will not allow the murderer to get away this time.

Iqama game is strong in Punjab and Sindh, isn’t it?

KPK is trying .. and Punjab and Sind are not even trying other than LOOT LOOT LOOT and abscond ..and use Iqama to shift the LOOT.

Hopefully, justice will prevail and law enforcement agencies will do their duties to keep such goons behind the bars.