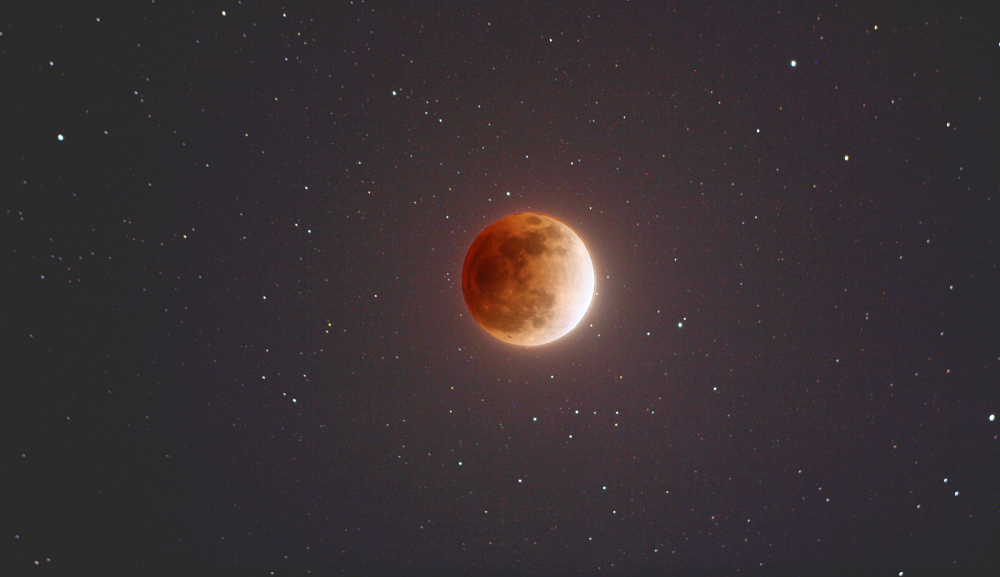 January 31st will witness a rare astronomical phenomenon. Scientists from NASA call it the ‘lunar trifecta’. It will be a coincidence of a blue moon, a blood moon and a supermoon – you may call it a ‘super blue blood’ moon.

What are these dreamy phrases? A blue moon is a full moon that appears twice in a month. A supermoon is one that appears slightly larger because it is closer to the earth’s surface in its slightly elliptical orbit. A blood moon is one that has a reddish tint from the Earth’s shadow at the time of a lunar eclipse.

The lunar eclipse will be visible in Pakistan. The image below is from NASA. It displays areas U1, U2 and U3 to be able to view the eclipse at moonrise. 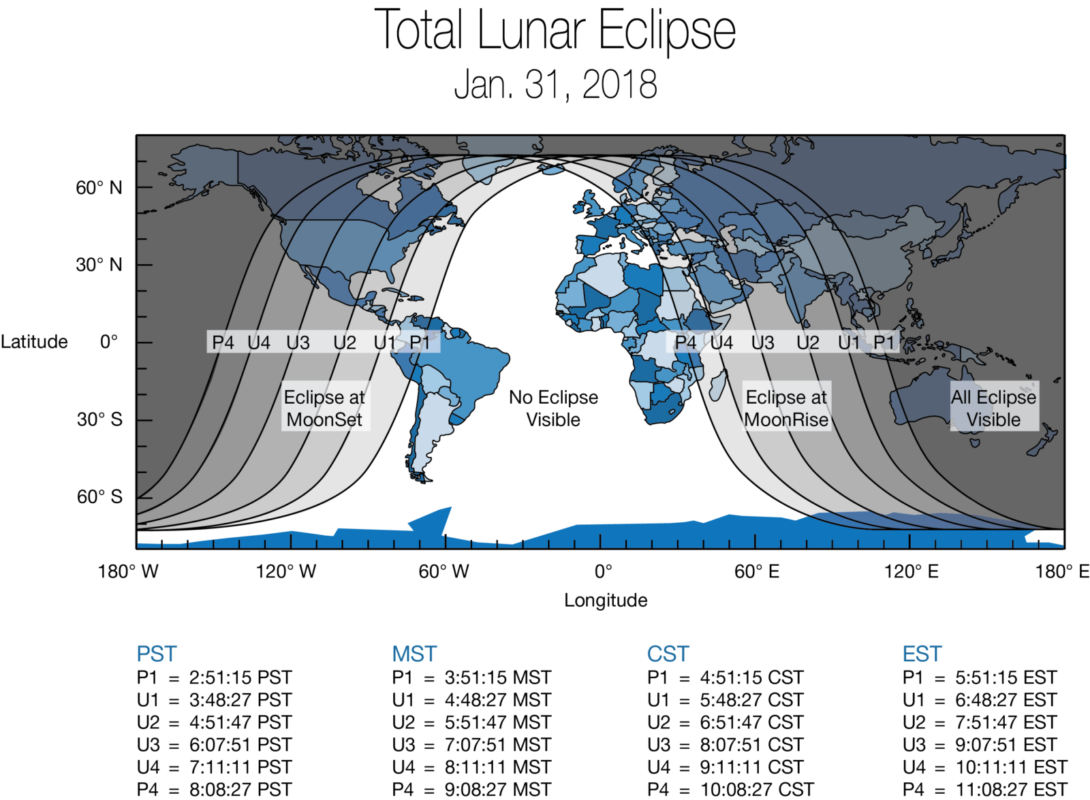 The lunar trifecta, however, will only be best viewable in West of continental U.S. A blue moon is perfectly white, and appears once every 2.7 years so it is not that rare. The blood moon will be partly visible in Pakistan, and pollution has given us our fair share of red moons anyway. The supermoon is 14% bigger and 30% brighter than an ordinary moon. In fact, Dr. Jay Pasachoff of Williams College thinks the phrase is absurd:

“I note that the Earth was closest to the sun on its annual orbit on January 4, as it is every year — so we could have called that day a ‘supersun.’ Did you notice that the sun was brighter than usual? Of course not.”

But the trifecta is the first of its kind in 35 years, so if you want to watch it, you can do so online.