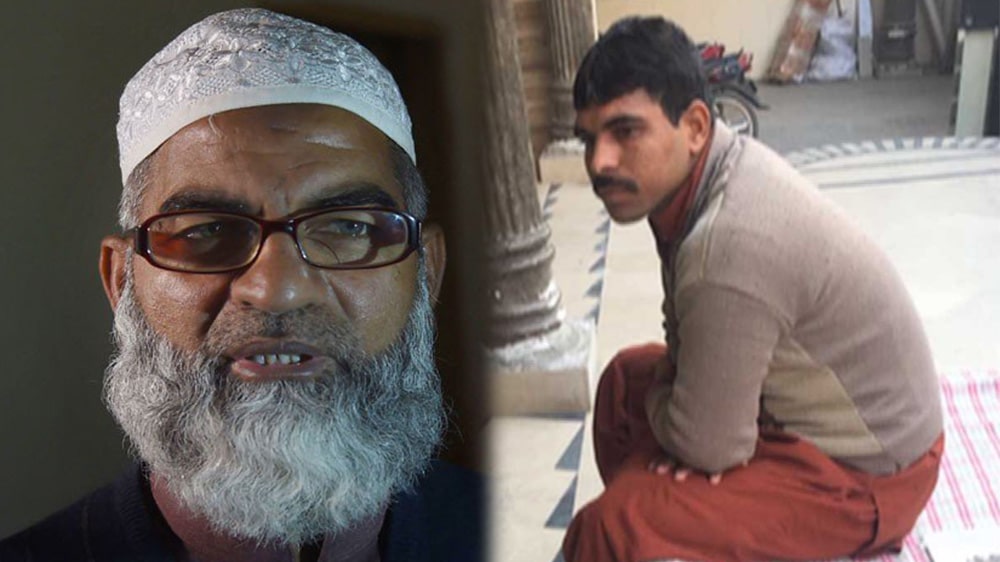 Zainab’s father claims credit for the arrest of the culprit and the CCTV footage. Refutes all claims by Punjab government regarding the case.

In an interview, father of Zainab — who was raped and murdered — has claimed that he, along with his relatives, had caught the alleged killer of her daughter and handed him over to the police. However, the police released him.

Zainab’s father Mr. Amin — while mentioning the picture which shows the suspect sitting on a chaarpai (cot) — said that the picture was taken at his house after they had seized him (culprit Imran) to hand over to the police.

We had been insisting that Imran is the culprit since January 5, the day Zainab went missing, but police ignored us.

Amin told journalists that the Law Minister Rana Sanaullah had insisted him “not to demand anything else except justice” in the press conference of Punjab CM Shahbaz Sharif in Lahore. He claimed that he, along with his relatives, had captured Imran twice but police released him on both occasions.

Later, we had to ask Punjab police Inspector General (IG) and the Joint Investigation Team head for the arrest of the suspect and then we nabbed him and handed him over to police.

According to Mr. Amin, CCTV footage of the incident was also obtained by Zainab’s relatives and not the Punjab government.

Reward for Arresting the Culprit

Lawyer Aftab Bajwa spoke against the reward of one crore rupees that has been given to the JIT members for catching the culprit. He said that “it was actually the bereaved family who got the suspect arrested.”

Lawyer Bajwa added that when Amin was about to present his demands in the press conference, his mics were switched off by the CM Sharif himself.

Earlier in the day, the grieving father conferred 11 demands, on behalf of ‘Action Committee For Zainab And Other Victims of Kasur’, at another press conference.

Zainab’s father said that he would not join the investigations until other suspects in custody were not released. Earlier, the police had picked 4 suspects, other than the sinner Imran, for being alleged facilitators of the main culprit.