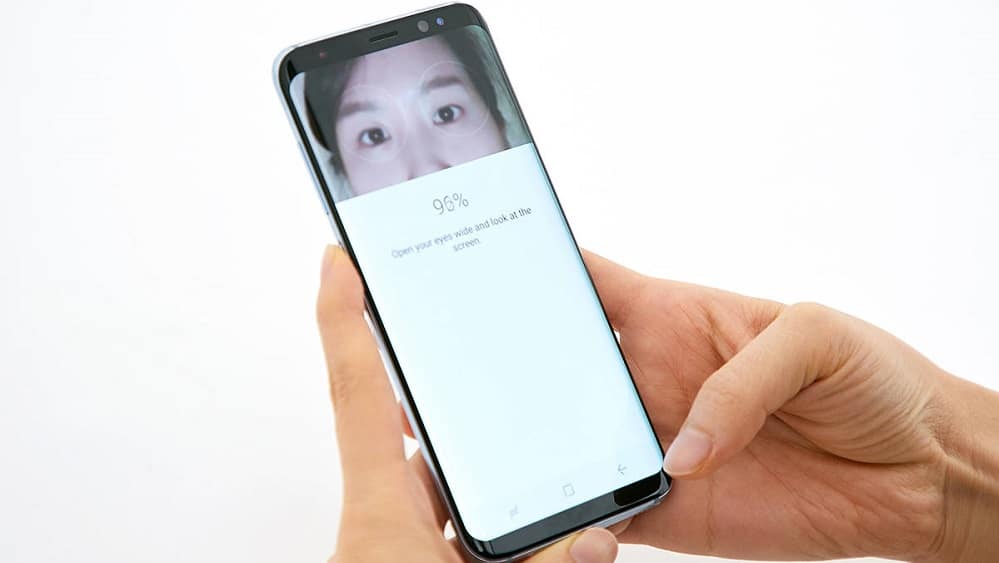 Samsung combines the iris scanner and the front camera to offer pseudo facial recognition for the Galaxy S8 and possibly for the upcoming Galaxy S9.

Samsung, on different occasions, has teased facial recognition (something like iPhone X) for its upcoming flagship smartphone. In 2017’s Galaxy S8, Samsung relied primarily on the iris scanner to do the job.

The Galaxy S9 has been reportedly improved on this front and we have come across the points on which this claim is based.

To get an idea about how the face recognition feature of Galaxy S9 is better than its predecessors, SamCentral dug deep into the settings APK of Galaxy Note 8’s Oreo beta and this is what they have found.

The claim that Galaxy S9 packs better facial recognition accuracy and security features is based on the fact that there is a hidden ‘Intelligent Scan’ feature in Note 8’s Oreo beta, that collectively uses the iris scanner and camera lens’ ability for face detection.

The video above shows both the sensors working together in this refined Facial Recognition feature.

Galaxy Note 8 showed brilliant results in “low or very bright” lighting and the experts are of the view that Galaxy S9’s face recognition for locking/unlocking the phone will be much better than its competitors and predecessors.

Samsung may parade this ‘hidden’ feature in the upcoming Galaxy S9(launching in February) as a completely revamped face recognition technique.

It’s also obvious that once the complete version of Android Oreo upgrade is available, this improved locking/unlocking feature will also be available for the Galaxy S8/ S8+ users.

Exynos 9810/Snapdragon 845 chips of the Galaxy S9 will exclusively have the ability for Samsung pay or other features that depend on the new facial recognition feature.