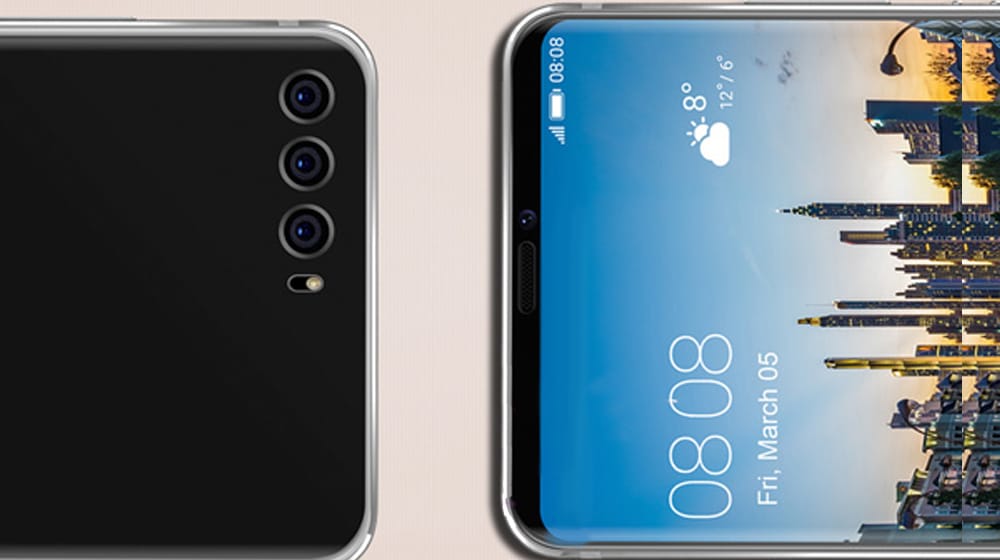 Huawei has confirmed a March announcement date for their upcoming P11/P20 flagship. Rumored to feature a triple (!) camera setup, it might just be the best of Huawei’s phones yet.

Huawei just confirmed that they will reveal their next big flagship in an upcoming event which be held in Paris next month.

Its been a year since the Huawei P10 came out, its about time Huawei launched its successors. According to rumours, the successor will either be named P11 or P20 and will be unveiled in Huawei’s own press event on March 27th, which is almost a month later than the 2018 Mobile World Congress.

Interestingly, Huawei showed off the P10 at the 2017 MWC and the company was expected to do the same this year but decided to delay it a few weeks. Its confirmed that the Samsung Galaxy S9 will get unveiled in the 2017 MWC, Huawei’s delay seems like a strategic turn to avoid having to compete with the S9’s launch.

There have been several rumours circulating on the web about the phone’s design, some unofficial schematics show a three-primary camera set up this time.

The Plus variant, according to the same schematics, will come with a huge bezel-less display with a notch on top just like the iPhone X.

It’s unclear what each sensor will do, but some experts suggest that the tri-cam set up will collectively take an image and process it into a 40 MP size. This set up might also allow up to 5x lossless zoom.

Other than the bizarre cameras, the P11/P20 will surely come with the latest top-tier internal specifications such as their newer machine learning paired with Huawei’s latest Kirin 970 chipset.

An 18:9 display is highly likely because its the newest flavour in the smartphone world and seeing past devices, Huawei might decide to use a 2K LCD panel (or perhaps a different resolution for the Plus variant just like the Mate 10 pro and Mate 10 line).

Being a flagship, the P11/P20 will come with a premium price and its availability in Pakistan will surely be delayed a few weeks after its sales begin internationally.