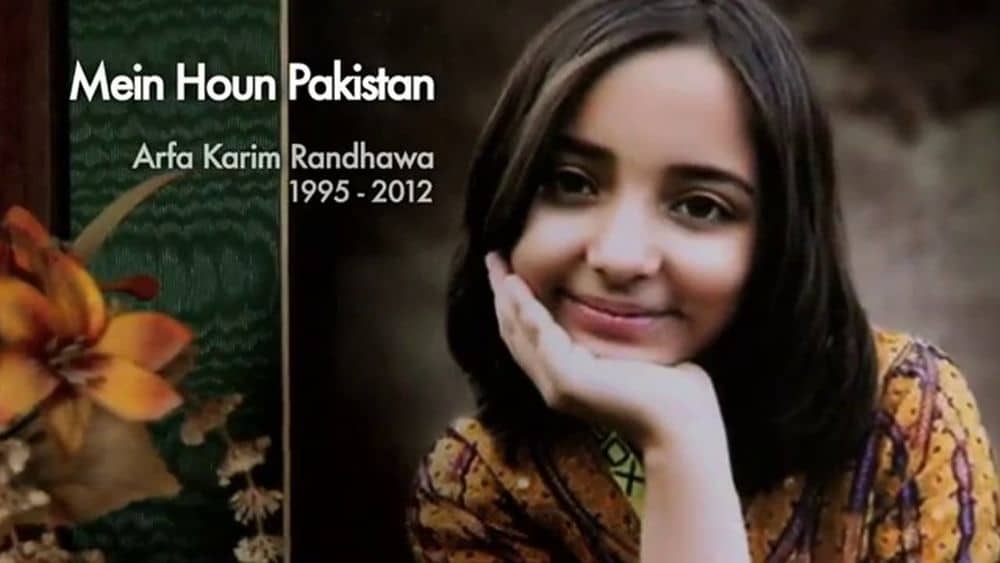 World’s youngest certified IT professional and iconic pride of Pakistan, Arfa Karim’s 23rd birthday will be celebrated on Friday (today).

As per details, Arfa Karim passed the exam of Microsoft Certified Professional at the age of 9 years and made a name for herself and for Pakistan.

Arfa Karim – 6 Years On and Still Alive in Our Hearts

Arfa belonged to the industrial city of Faisalabad and she was born on February 2, 1995.

The owner of Microsoft, Bill Gates, also recognized her capabilities and personally met her to appreciate and encourage her. Arfa was conferred with President’s Pride of Performance Award and she was also given Salaam Pakistan Youth Award.

An Information Technology Park also had been named after her – Arfa Karim Tower in Lahore – following her death.

The young genius died of cardiac arrest in Lahore on January 14, 2012.